Humm.. what the weather can do. dont feel like writting much so here are some photos...

10 days in the range change to 7 after a long wait in Talkeetna.
Finally heading in: 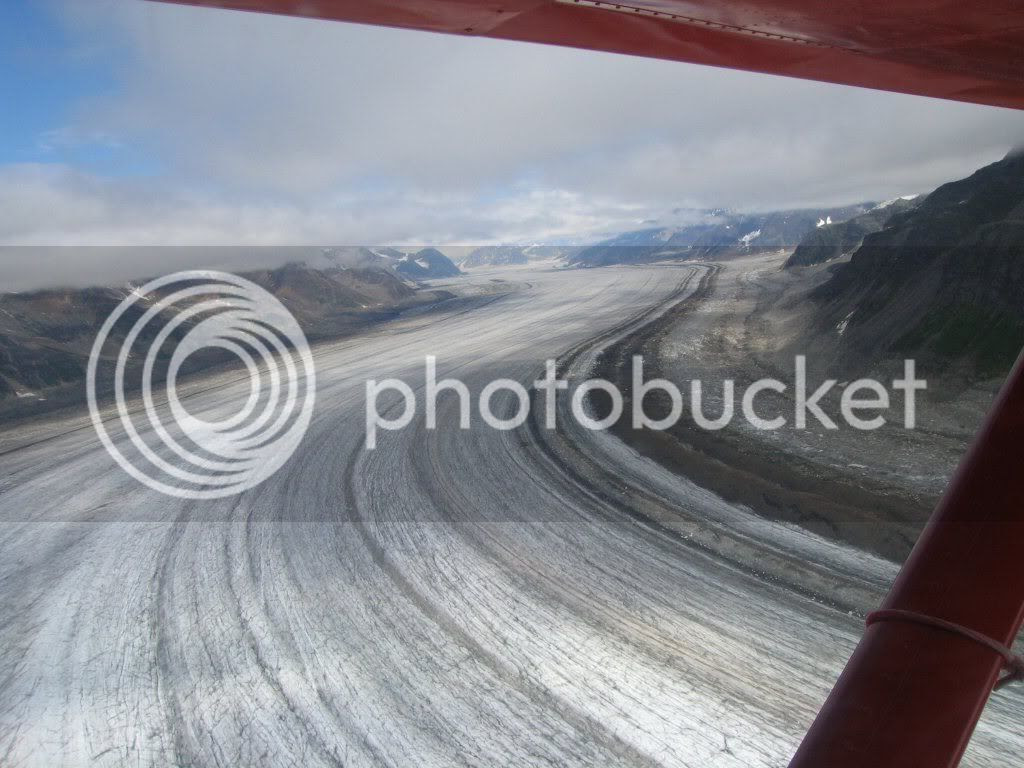 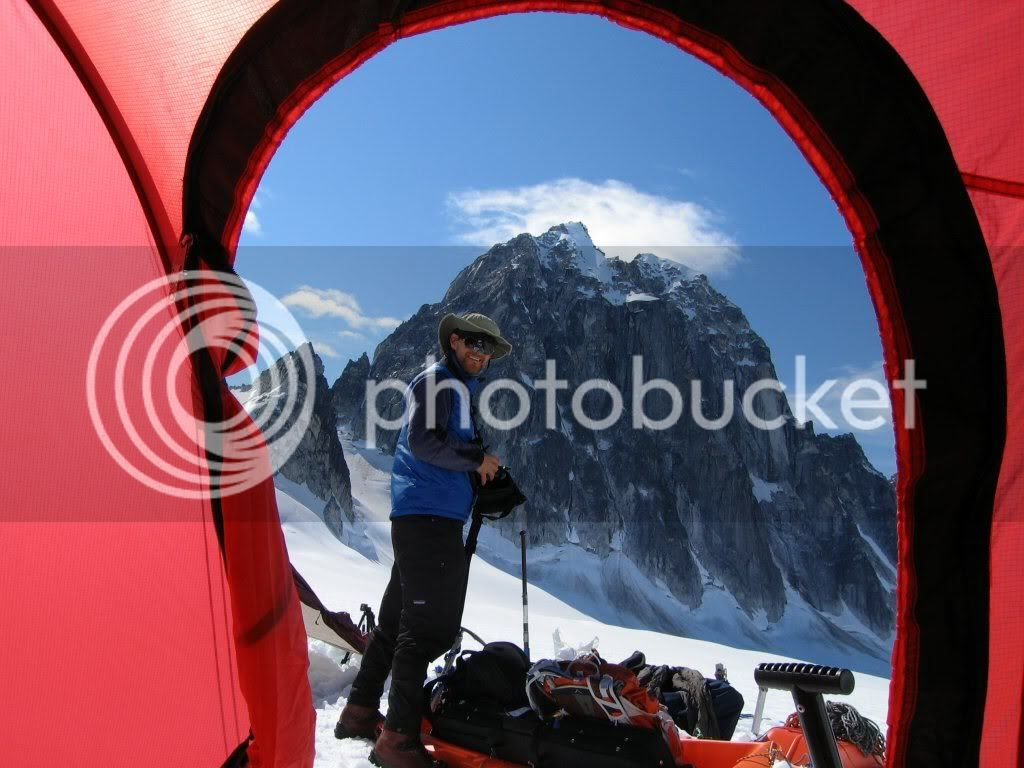 First night in we ran up the middle Troll, the classic 5.8 line out of base camp. 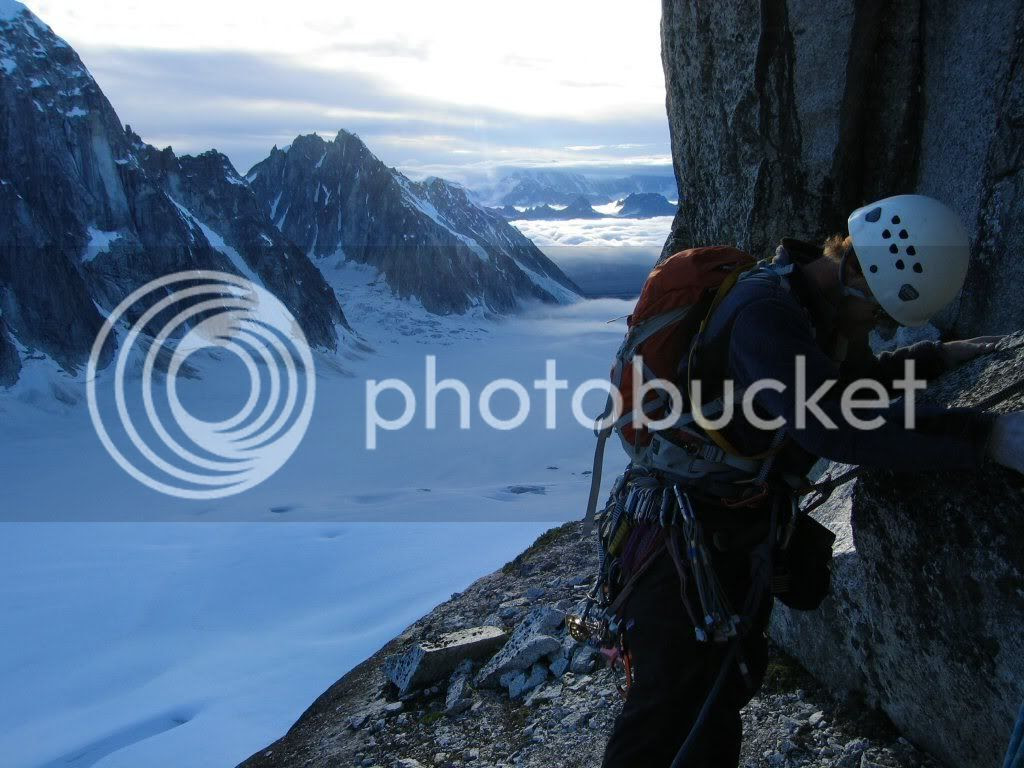 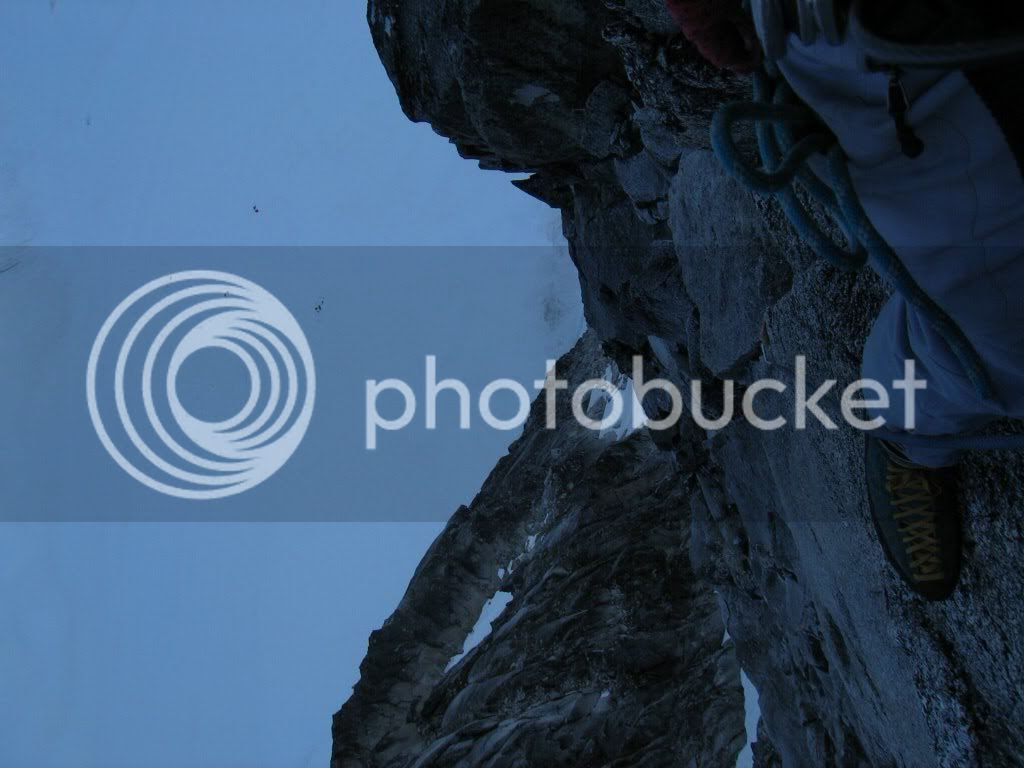 After that we mulled around in the fog and rain then tried the Throne a big peak with another 5.8 line on the south east face. 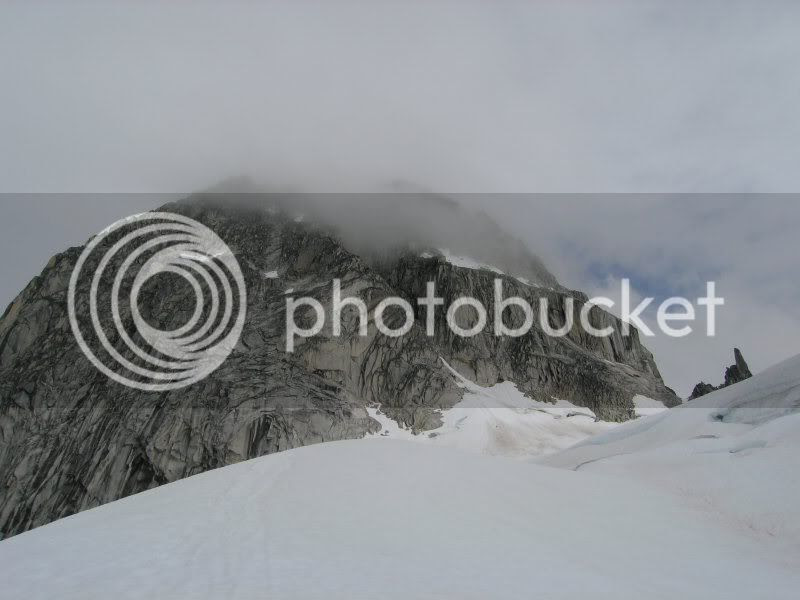 it rained and snowed so we bailed 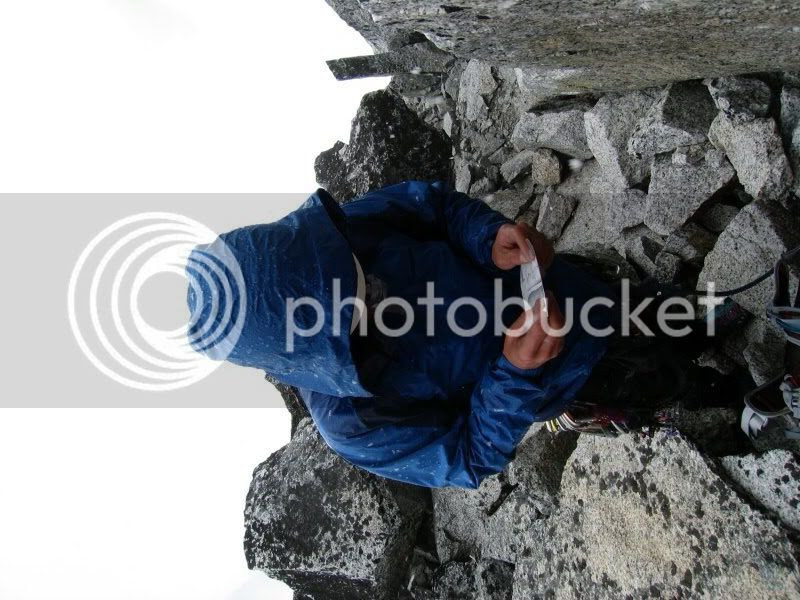 The next day was better, still snowed on us but we made it up despite a challenging summit ridge. 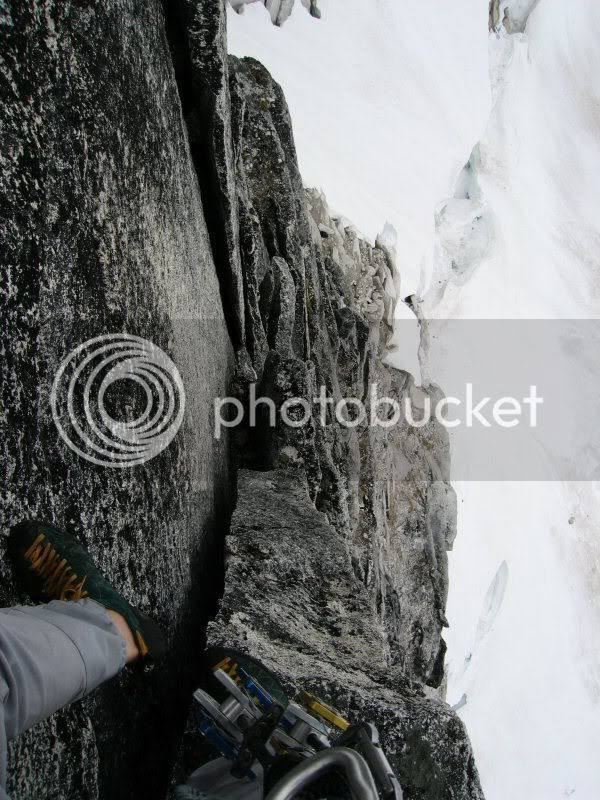 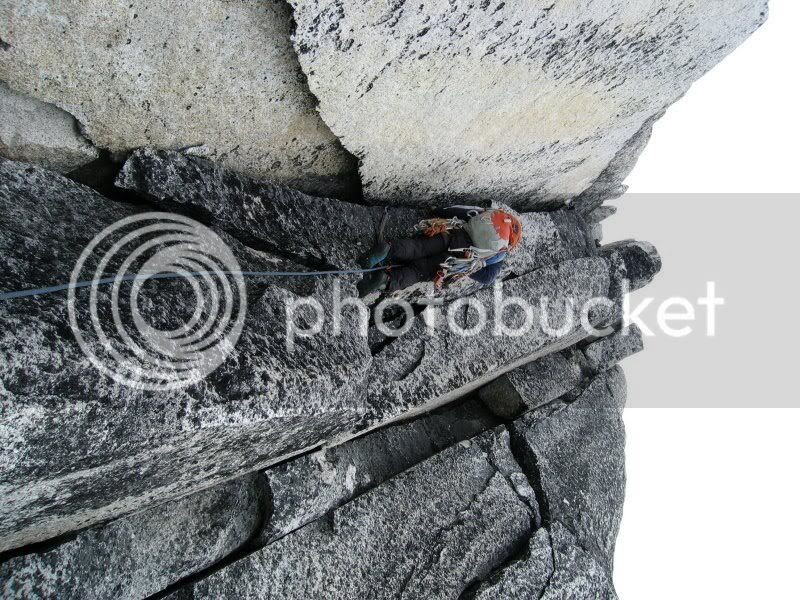 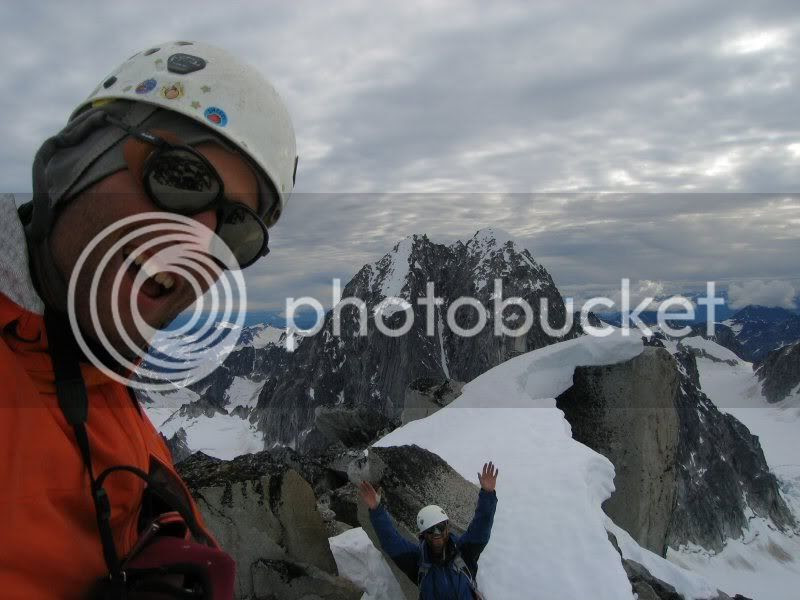 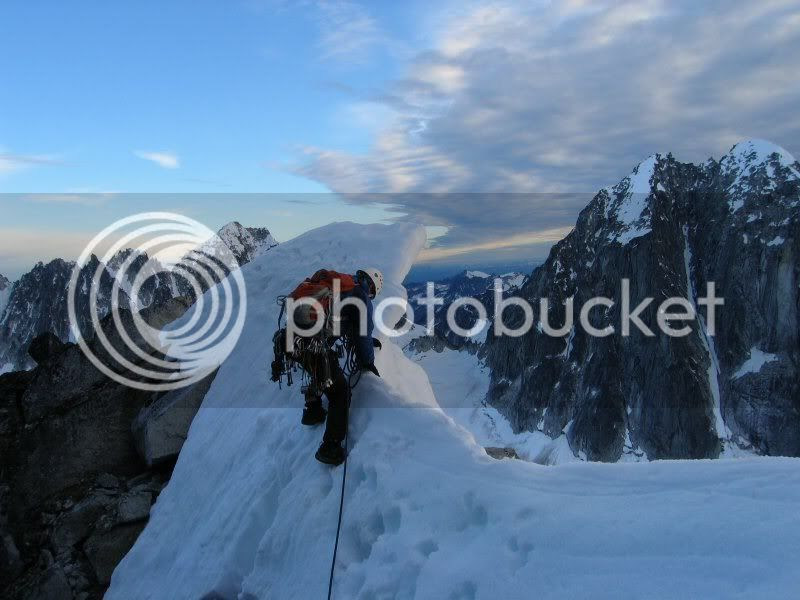 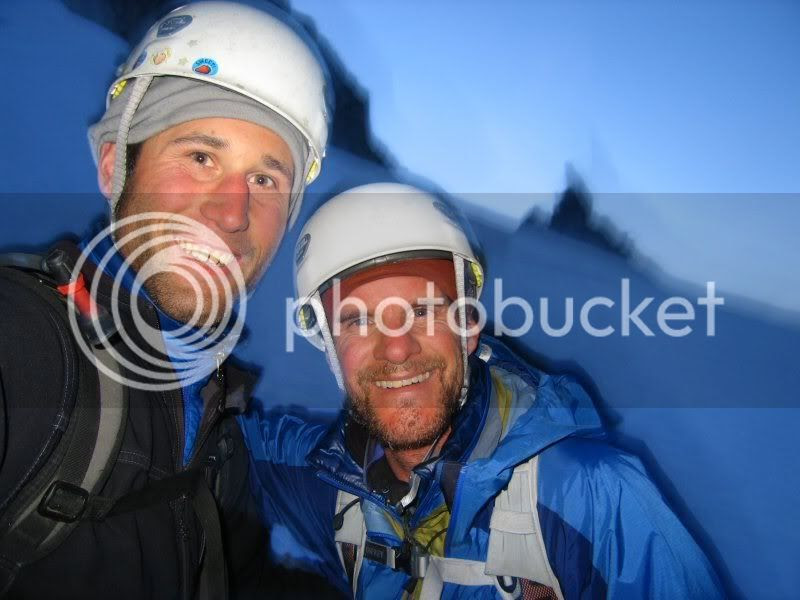 Spent the rest of the time trying to get up stuff in the rain and mulling about eating pesto.. 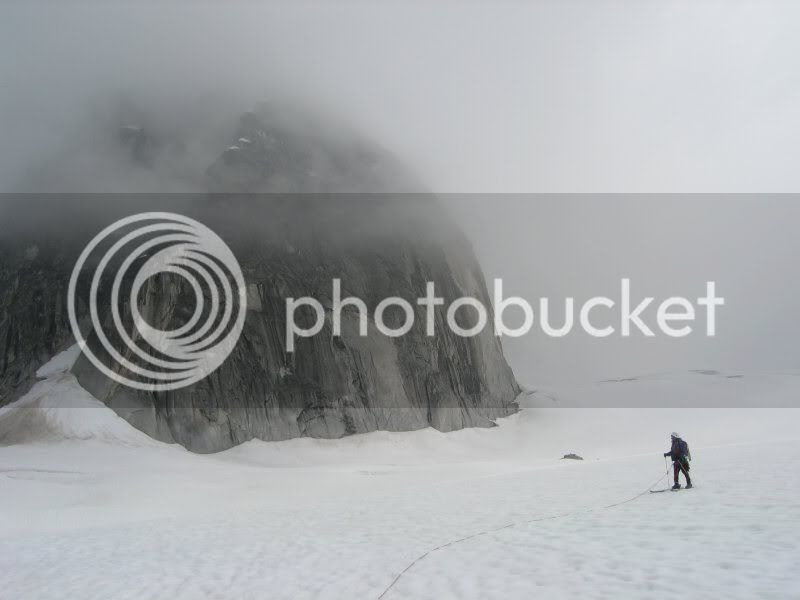 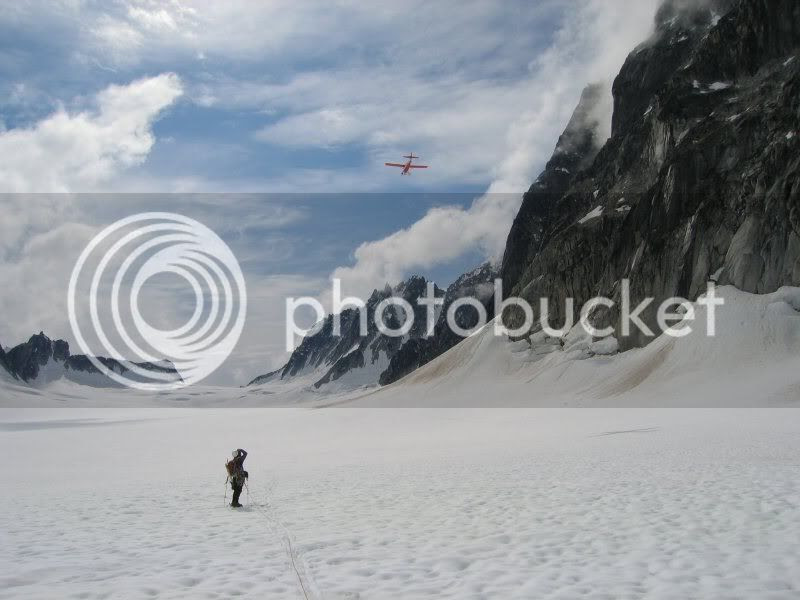 Nick and Sam our new friends provided us with the most kick ass pancakes our last morning on the pika before Danielle picked us up. 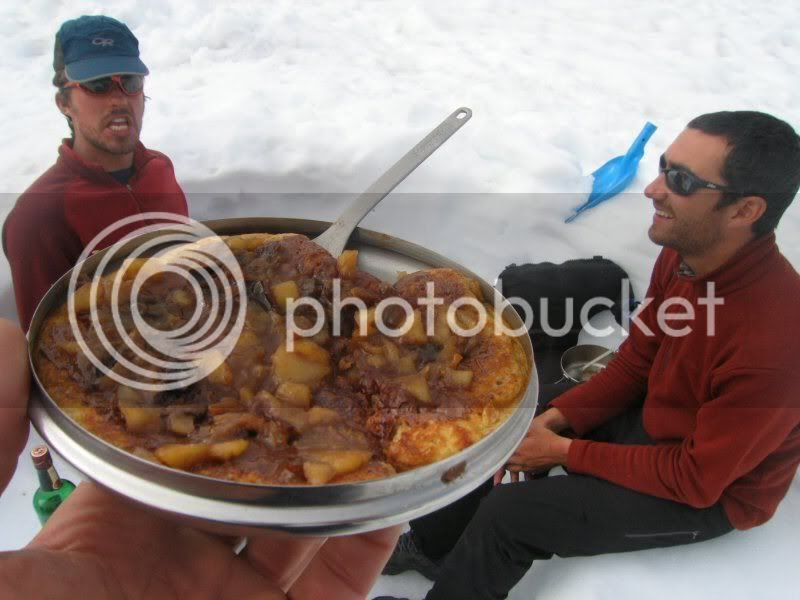 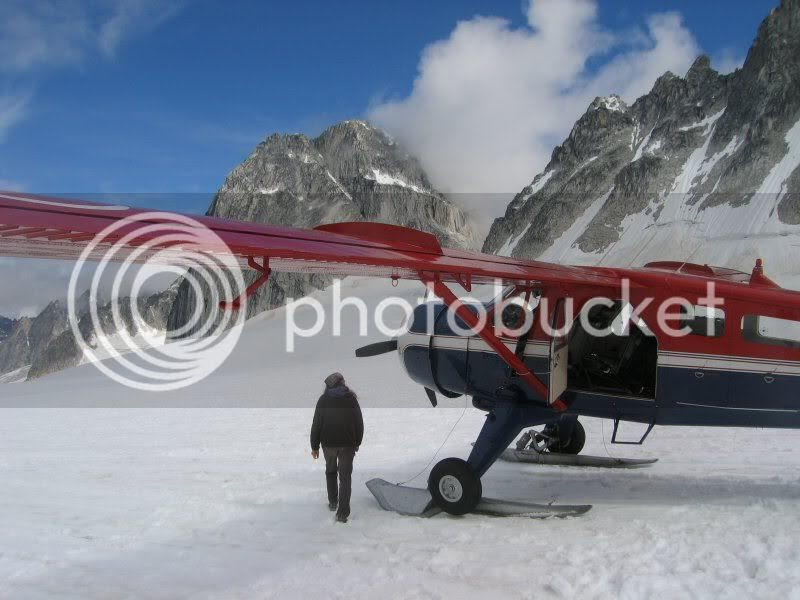 Wow, where to start?
Left for a 5 day trip which turned into a 10 day trip.

First was 4 days of downtime in Nome.. Luckly there was a 9-piece latin band from Juneau in town for the midnight sun fest so the nights were really fun. who would think... salsa in nome? Met some really great people which made for an awesome weekend. 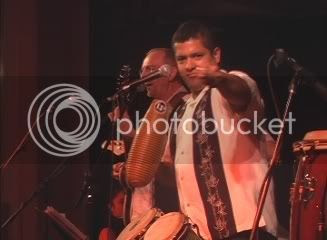 And the polar bear swim, compliments of another camera.. I was underwater already... 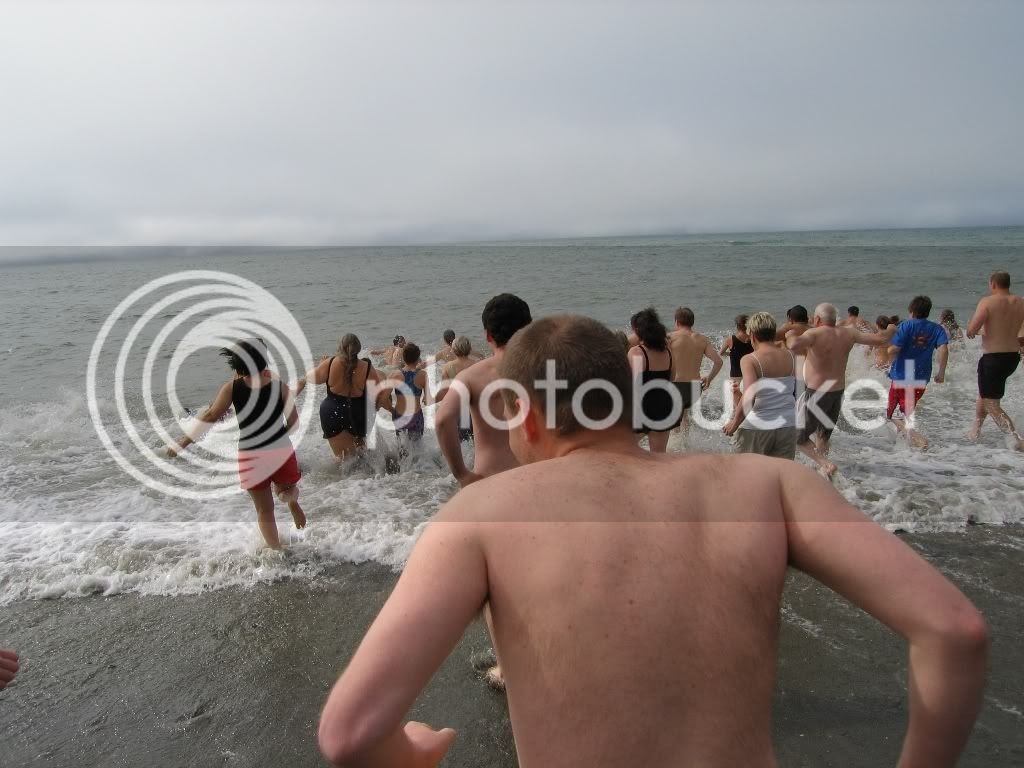 you see some pretty random things in Nome... 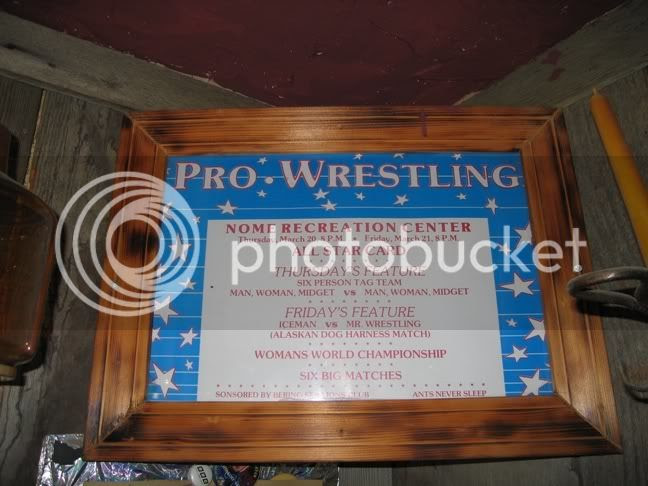 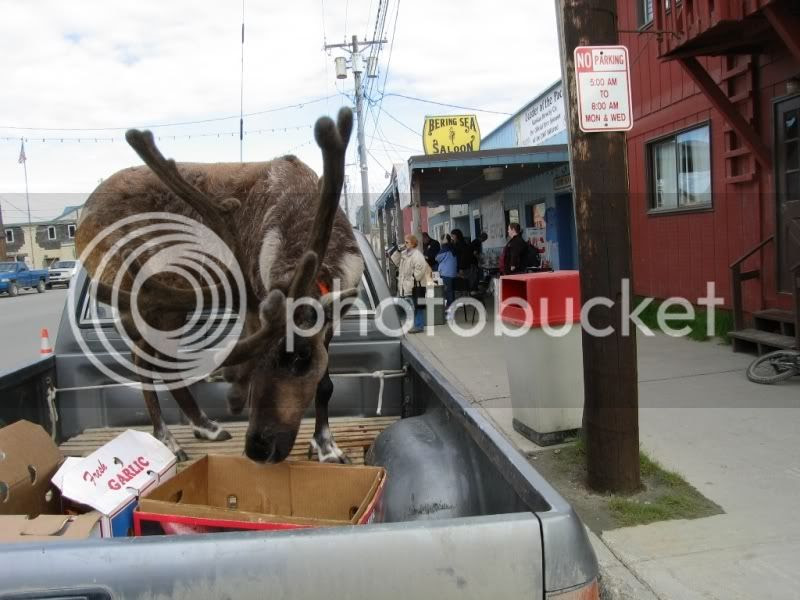 After a big boondoggle involving government vehicles and sledgehammers we finally were underway. A flight to Wales on the tip of the Seward Peninsula and a Zodiac pickup on the beach

The beach in Wales: 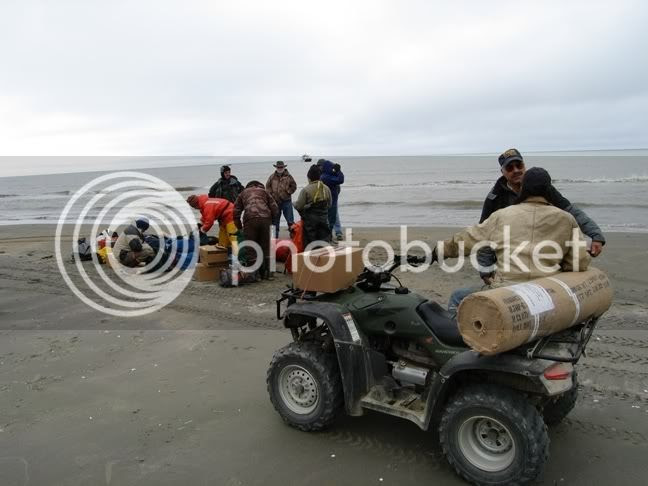 after 3 hrs in the bering sea aboard the landing craft Perigrine, a good view of Little Diomede: 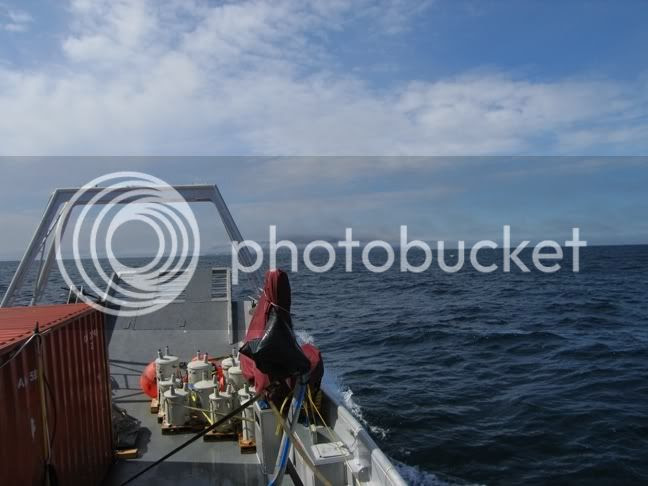 Diomede is an amazing place, people have been living here for thousands of years.. and it shows: 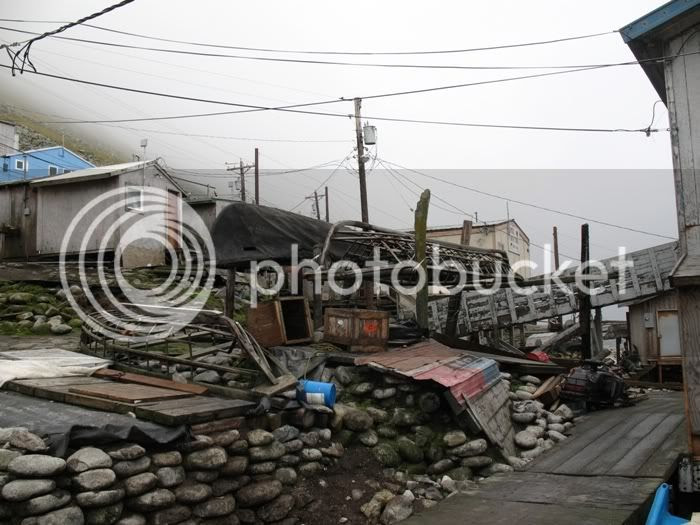 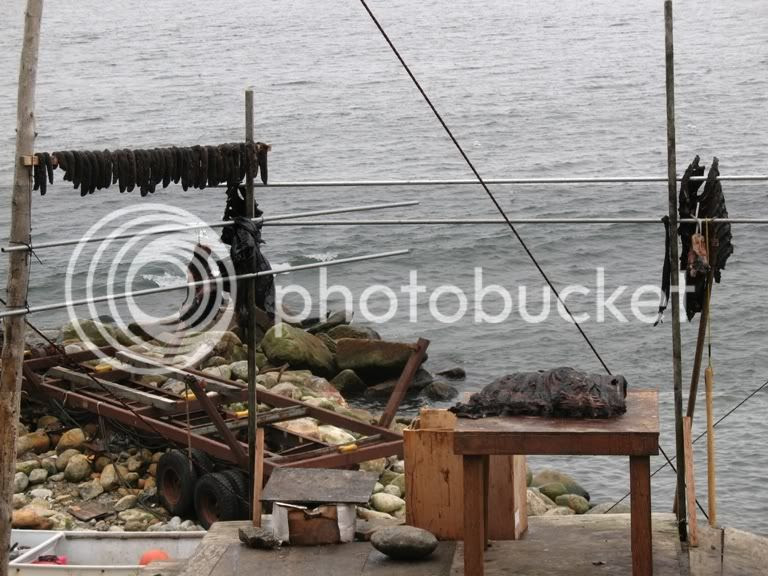 Got to do some nice hiking around the island, one thing was constant, the wind, and the birds, the biologists were estimating over a million and a half on the island.. 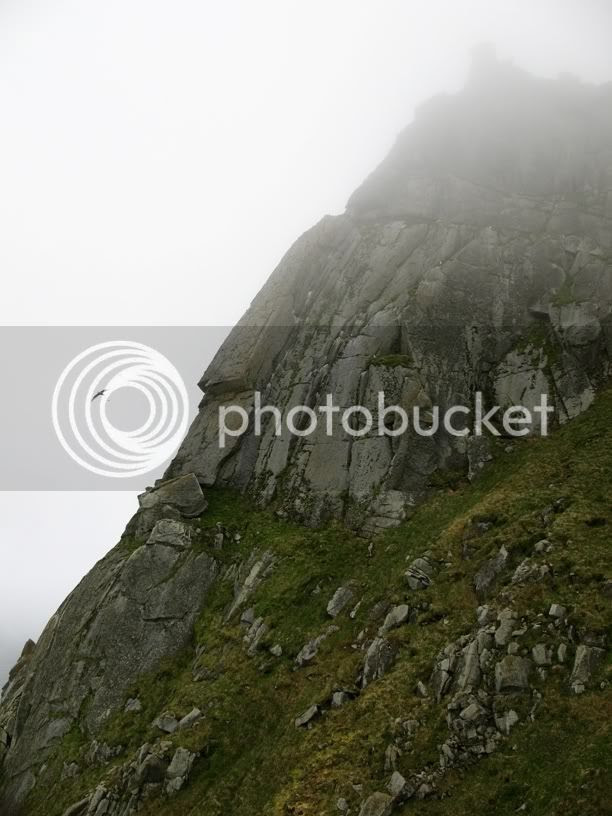 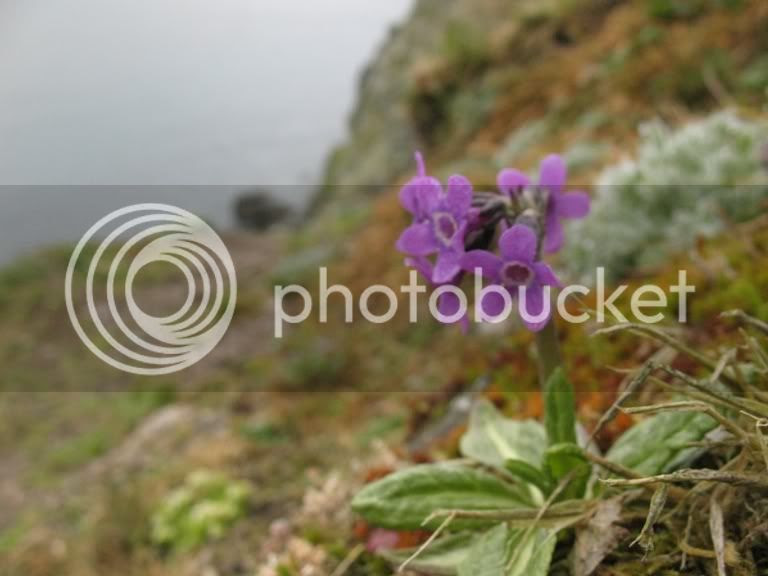 The water treatment plant, where I spent alot of my time, was also the armory, guns everywhere, including this explosive harpoon, a solid brass 8 ga whaling shot gun and other heavy arctic ballistics... away from the kids I guess! 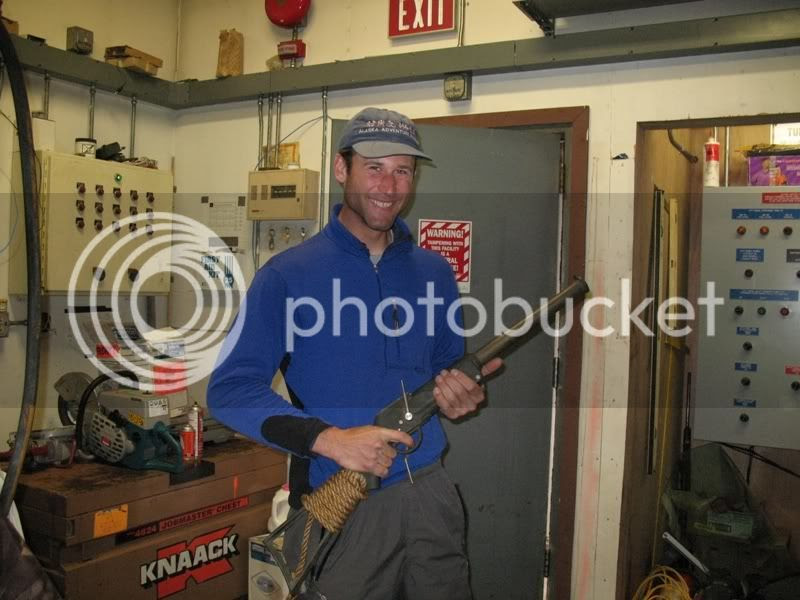 on the last night there I Hiked to the top of the island in lots of heavy fog... it was a nice hike though. 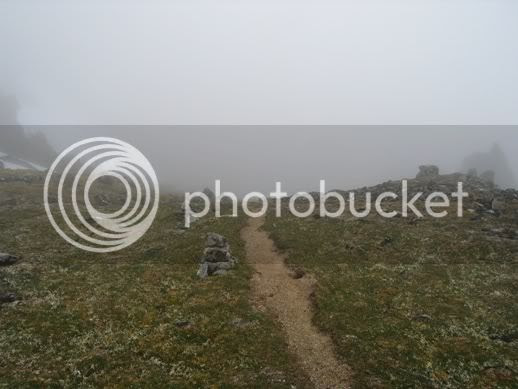 best "work" trip I've been on! 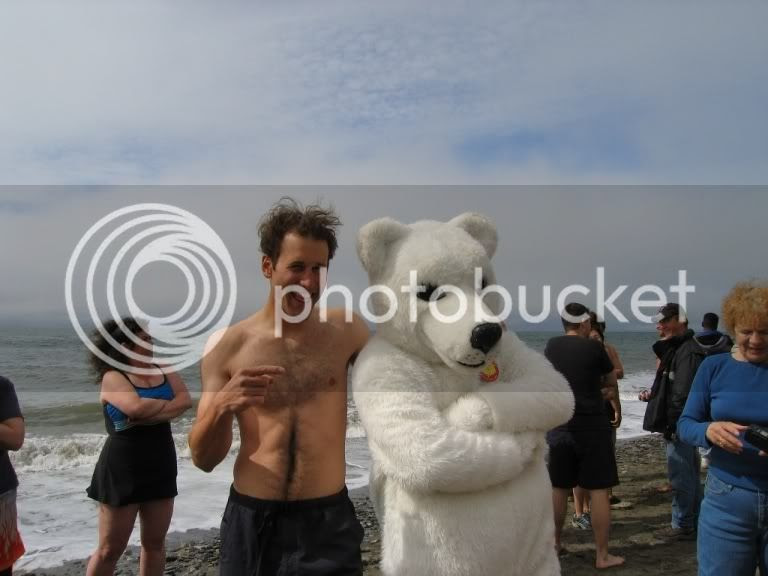