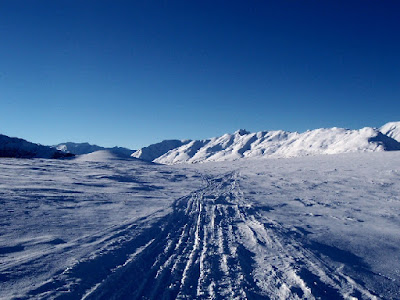 Even though I'm not doing the race this year I still feel very much a part of it. From the months of making gear, starting a business and now doing race updates. It just sucks you in...

Here are some more videos from the Knik Arm Attempts:
A social first try:


Erin and Hig on the second shot:


The result of the second attempt: 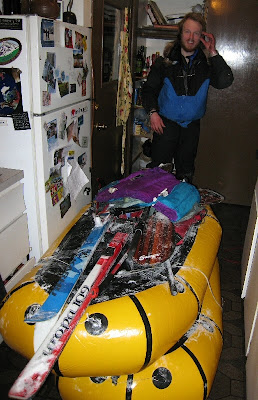 Been sewing like a fiend for racer gear. Getting lots done, including this super duper light bivy sack: 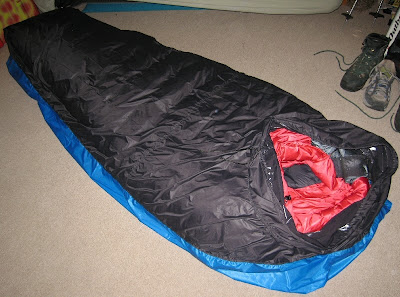 Fun week coming up, Heading out with Mom for some winter fun.
Posted by Eric at 2:42 AM 3 comments:

Packrafting in the Knik Arm

I woke up Sunday morning nervous and antsy.. checked the weather, clear and 15 below.
Today was the planned crossing the Knik arm. We had a solid group Roman, Thai, Gordy, Tony, Erin and Hig - with good experience, but really noone in the world is experienced in ice packed, severly tidal effected, winter channel packraft crossings. End of story.

So with every intent to just walk away I packed layers and layers of clothes, my raft, drysuit and emergency gear. Tony met me at my house at noon and we walked to snow city cafe to have breakfast. Tony mentioned that no where else can you walk around a downtown area wearing a drysuit, boots, with paddles, ice axes, in February with sub sero temps and not get stared at. Anchorage is cool like that..

Eventually we started headding down to the Ship Creek boat launch and got geared up. Our first encounter with the authorities was the Railroad police, who then relayed our "insane" plan to the fire dept and the rest of the APD. Cold windy spot, we all got geared up and into the water. It was quite a sureal experience. The Knik arm is something you look at just about every day living in Anchorage but now we were out in it, in the winter, with the ice, with the tides.. did I mention with the Ice?

Hig having a nice chat: 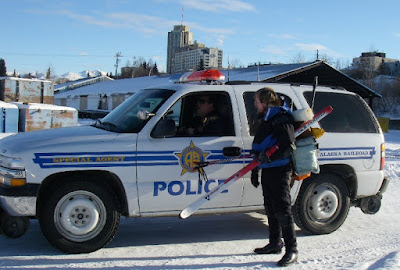 The put in: (photo by Entonces) 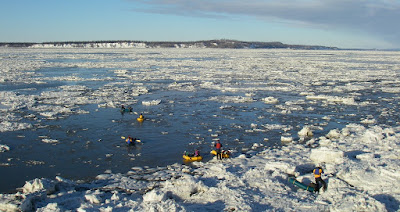 an open lead in the ice:

It quickly became apparent that we were not going to be able to get out very far, the ice was weak and our plan of half walking, half rafting was quickly put to rest. We found and pushed our way up several leads along the shore before re-grouping and pulling out to give things another look..

Looking around we began to just kinda come to the conclustion that we were't going anywhere and that the worst case senario - being stuck in the ice in the middle of knik arm for the night at sub zero temps, wasnt an option. So we relaxed a bit and tried to look for Gordy who was out chasing the tug boats - literally! 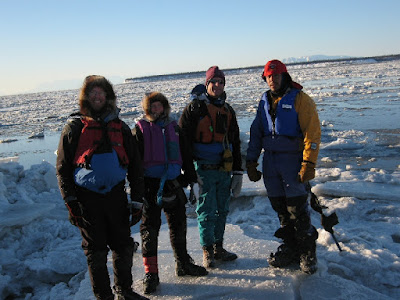 Pushing off again we got on one of the larger ice floes and pulled out. Pretty sureal being on an ice berg, everything changes so fast around you and perception of motion is quite difficuilt. Thai got out his ice tool to test the thickness and we all freaked a bit when it went right through at about 1" thick - pheww! 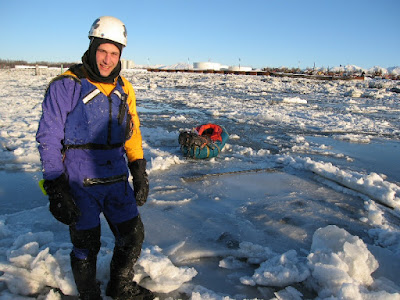 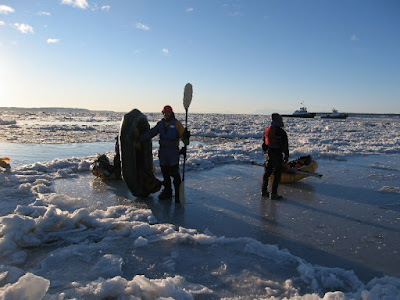 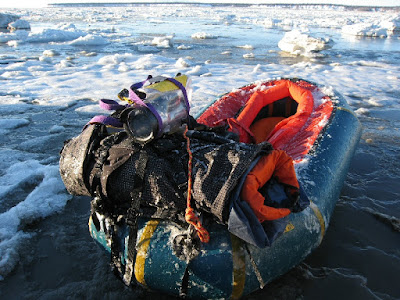 After being packed in again we eventually made it back to shore, where we were greated by Port of Anchorage Police...

Back on Solid ground, breaching national security at the port of Anchorage: 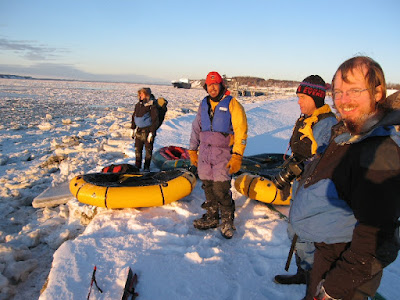 Erin and some nice evening light on the arm: 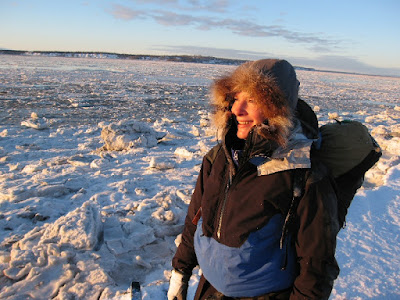 Calling it a day and walking back to Town: 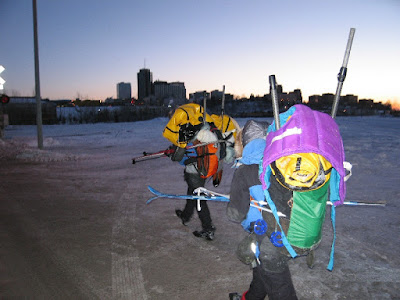 Roman and Gordy finishing it off: 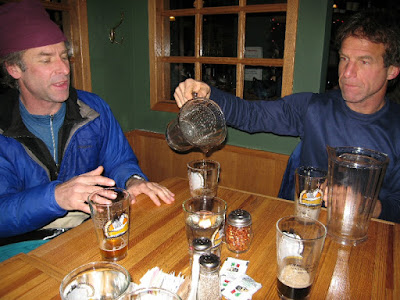 A Great adventure a mile from the city!
Posted by Eric at 8:30 PM 4 comments:

Set up the time lapse camera in a 5th floor office down town, (Thanks Renewable resources Coaliation! (http://www.renewableresourcescoalition.org/project_outline.htm)

Made a quick edit of Erin & Hig's Seattle - Anchorage video clips...
Turn up the sound and give yourself the chills!

Just had yummy dinner with Erin and Higs, dropped of a sewing machine, picked up a hard drive full of video. If you dont know who they are then follow the link on the right. This couple started walking out from downtown Seattle last summer and have come all the way up the entire pacific coast by foot and packraft. Truely groundbreaking. At their slideshow the other night Roman Dial ended their introduction with "no one has done anything like this in 100 years". Their trip is really an endevour of grand proportions that you really can't even put words too. Even here in town they are sticking to their non-motorized ethics. It all makes perfect sence.. just keep going.. it was a lively discussion about everything from different weights of sinylon to what tatics and strategies to use in crossing the tidal rip and ice jam that is Knik arm in order to save a week's worth of skiing.

They are in town for a while so more to come for sure. 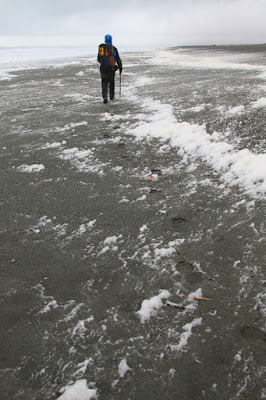 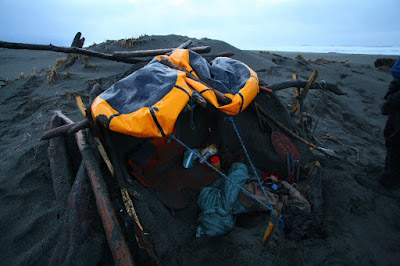 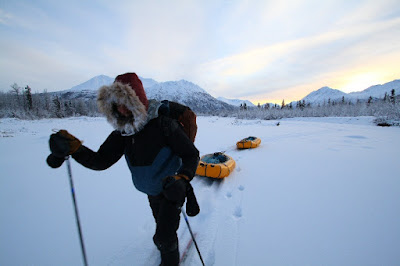