A blog resurrection? say it aint so! I guess I've been wanting to do a little more with my photos than just than them on Facebook lately.

The first few years I lived in Alaska I got to work on the North Slope a bunch. Mainly doing Spring hydrology studies, but a few times for winter construction inspection for 2 month saints. During this trips the highlight was often the flight during approach to Deadhorse, flying over the massive snowy expanse of the Brooks Range. I would gaze and daydream about traveling through this great white of mountains devoid of human sign. 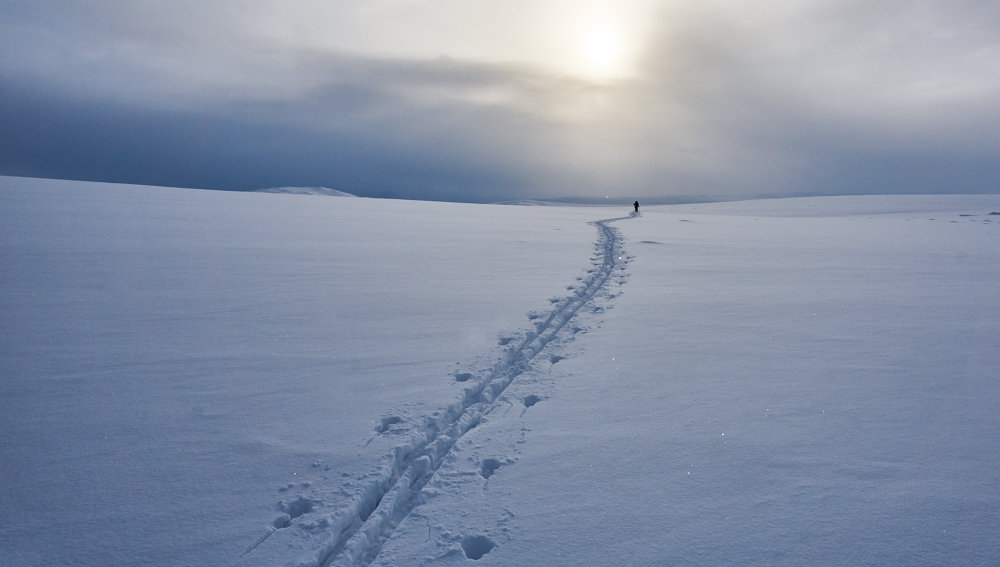 One summer I brought my bike and had the chance to do a fast paced bike tour from Deadhorse down the Dalton. Pent up from weeks of work I hammered myself into the hills and ended up massively underestimating just how hilly the Dalton was! I experienced the bonk of my life after almost 500 miles sitting on the side of the road on a sunny day, out of food and my heart rate racing about 50 miles from Fairbanks. But this post is not about that trip, what I'm getting to is that somehow it took me another 12 years (!) before getting back up to the Brooks for a winter trip.

I wanted to do the winter classic for years, always half committing and being all talk but not carrying through with it. Finally this year I went to AMH, bought some Glittertinds and started "gearing" my way mentally into entry. Sometimes you really do just start to spend money to convince yourself you're doing something. Along the way somehow I talked Erica into being my partner. It did not take much, just constantly mentioning the classic seemed to be enough.

It was probably the worst snow year in Anchorage to train for such a trip. Having a kid and running a business has kept my big BC days pretty low, so I compensated with a decent amount of early morning garage-core workouts, hillside ice-skis(?) and bike rides. Anyway...

Getting to the start of this is an adventure in it's own right. 6 hrs north from Fairbanks above the arctic at Wiseman, you're still 2 hrs from the start further north at Galbraith Lake. Up there! 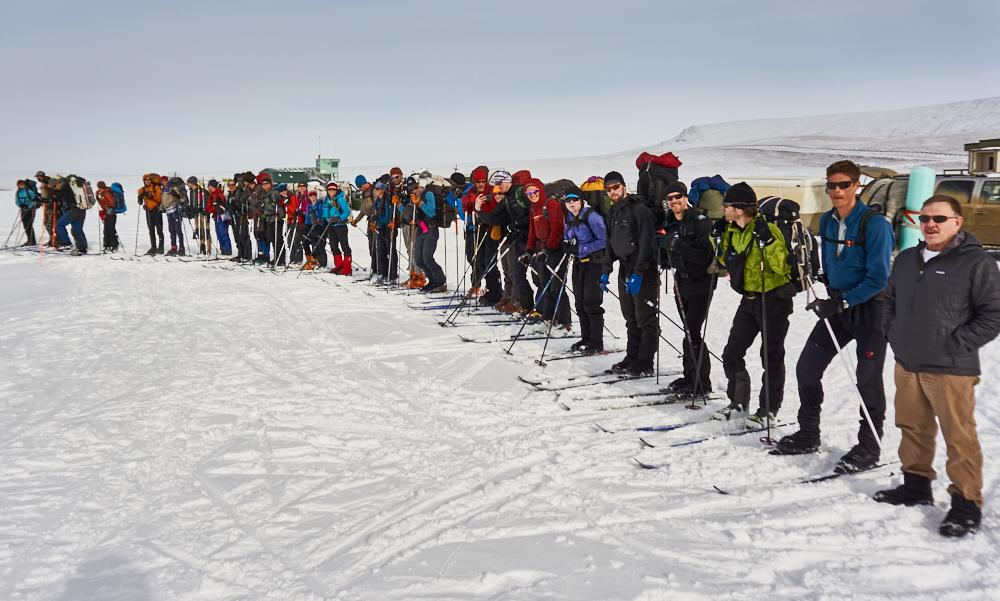 So the morning of the start, amid last minute packing, Erica and I finally actually sit down and talk about the route. (!) We both are not into the 25 mile each way out and back that the Perigine pass route takes. My aim was to do a sweet fast paced ski trip, not really race others and leap frog. Turns out she was on the same page. We look at the graceful arc that the Northern Route takes across all new country to us and settle on it. We knew at least one other group of Scott and John were heading at least part of the way along the north.


We take off and before long are breaking trail on our own across the Itkillik River, although pretty deep there was still a supportable base. We were pretty sure we were ahead of Scott and John but were thinking they might have switched to the normal route after not seeing them follow our trail across the Itillik which took forever.
A few hours in we started wallowing, the supportable base was gone and our trail breaking slowed into a sugary base. At times you'd be mid-calf deep stuck in a sugar snow hole. Moral sunk. We crested a hard earned hill and had an honest sit down. Anaktuvuk pass was 50 miles away at least and this pace was a ton of work. I was wavering between going back and talking ourselves to keep going, 50/50, mainly I did not want to scratch due to a whim on choosing the northern route. Erica had similar thoughts, in the end we opted to contine, we did after all bring 6 days of food. Our reasoning was even if we take 4 days to get to Anaktuvuk pass we would have a highway of trail to follow and enough reserves to finish. Diving in, we keep going.