The peak of many slogs

JT is on a lifetime quest to summit all the peaks in Chugach state park. His over riding enthusiasm to go after the more obscure peaks is contagious and next thing you know you are hiking up Eagle River for a West Kiliak attempt.

West Killiak is big, 7450' almost as high as Yukla and is seldom climbed. In hindsight its offers the quintessential Chugach mountaineering experience. Long approach, half bushwack "trail" to get up closer, then mega slog for a few thousand vertical, then like 50' of easy technical climbing.. but that you still need to carry a rope and gear for.  Then difficult route finding since you have no beta because nobody ever really goes up there in the first place.

Dropped overnight gear at the river and turned off from the Crow pass trail - with like 7,000' vert to go. 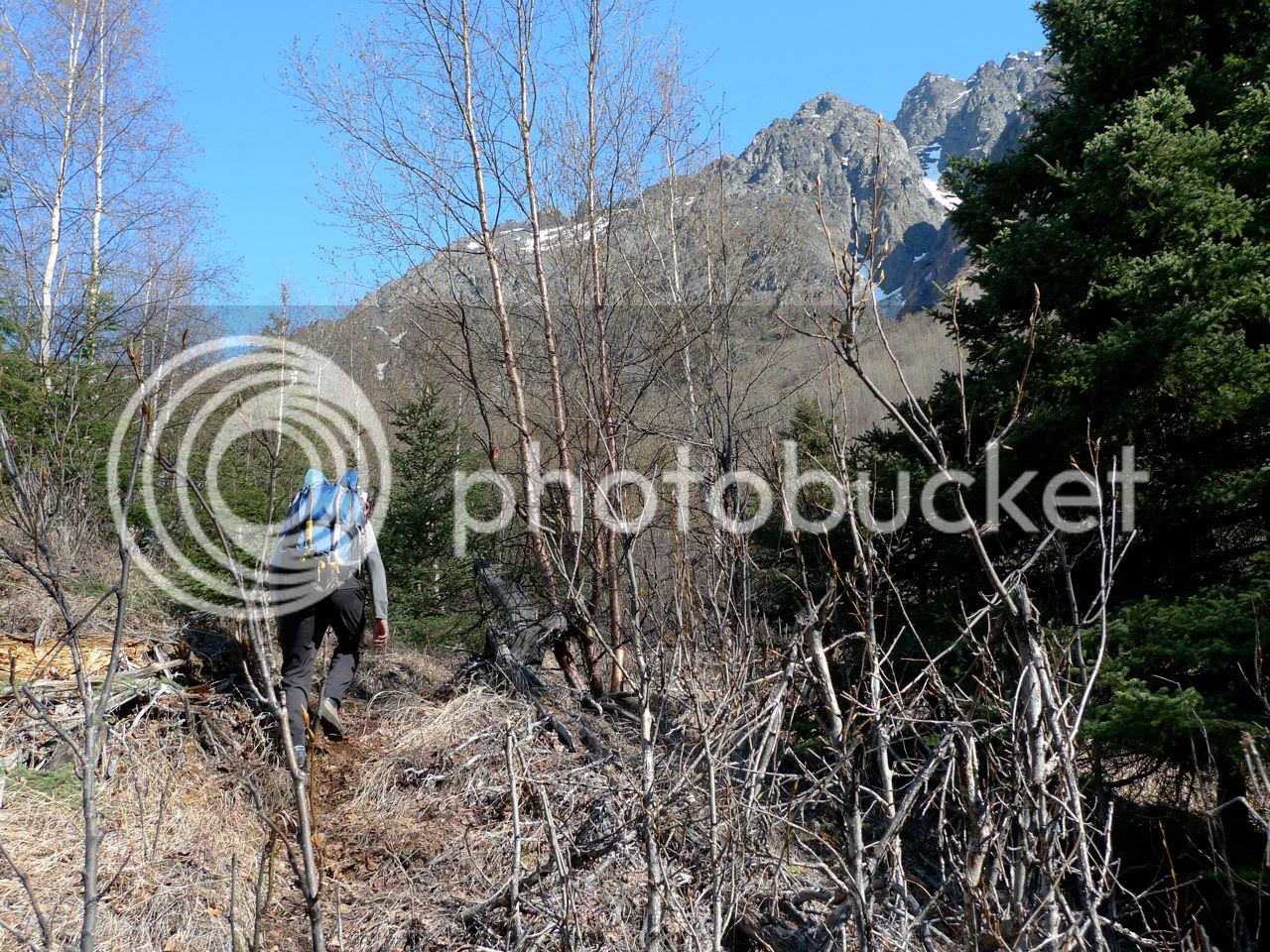 Along the brushed out trail into the Icicle drainage (thank you Dave Hart!) 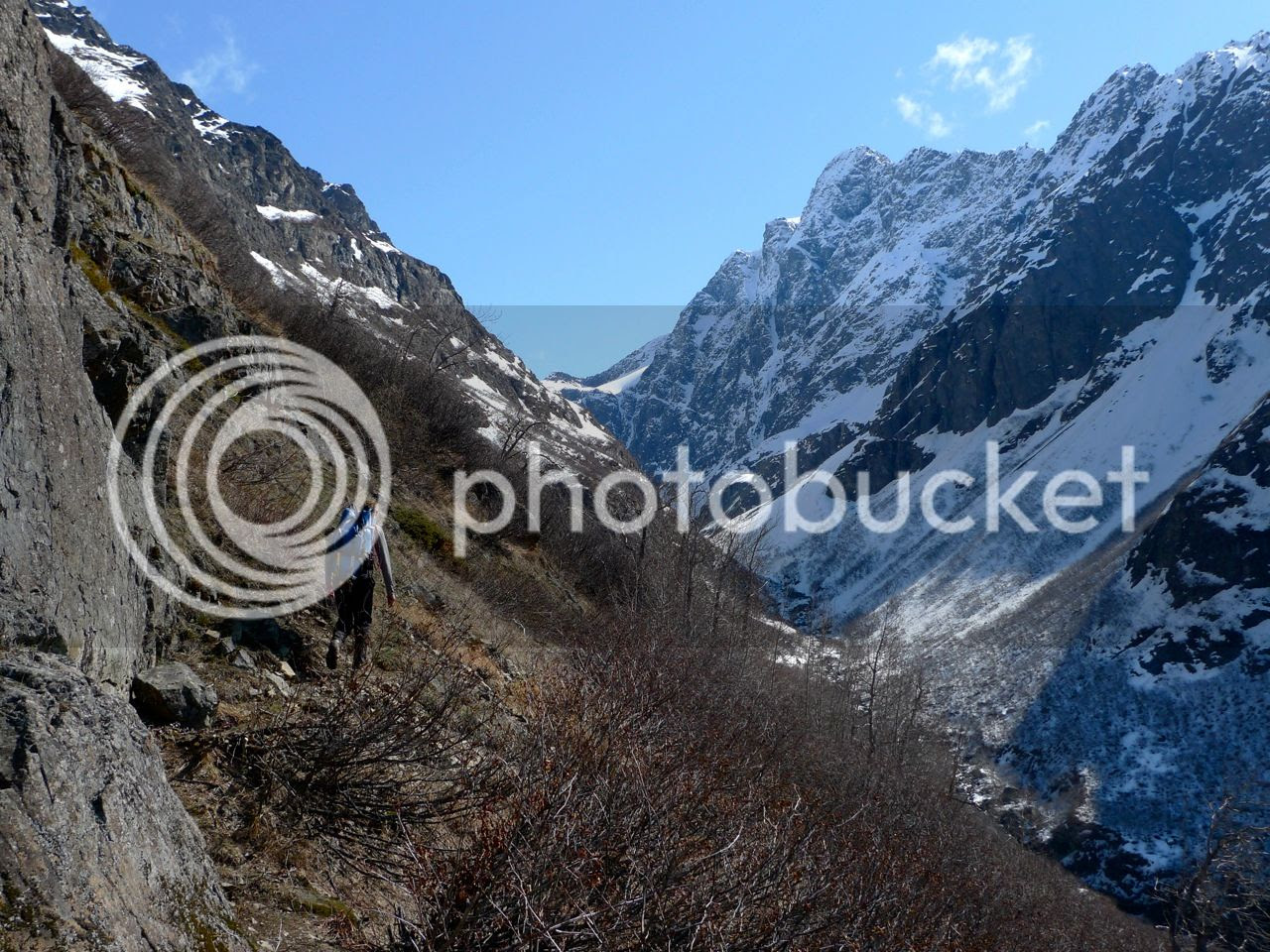 We quickly hit snow and had our first of many body holes of the day... Out of the trees finally, snow just a bit better. long way to go.  The upper Icicle valley is a jaw dropper, the north face of Yukla is a gnar alpine mecca and guys with names like Clint like to hang out here. 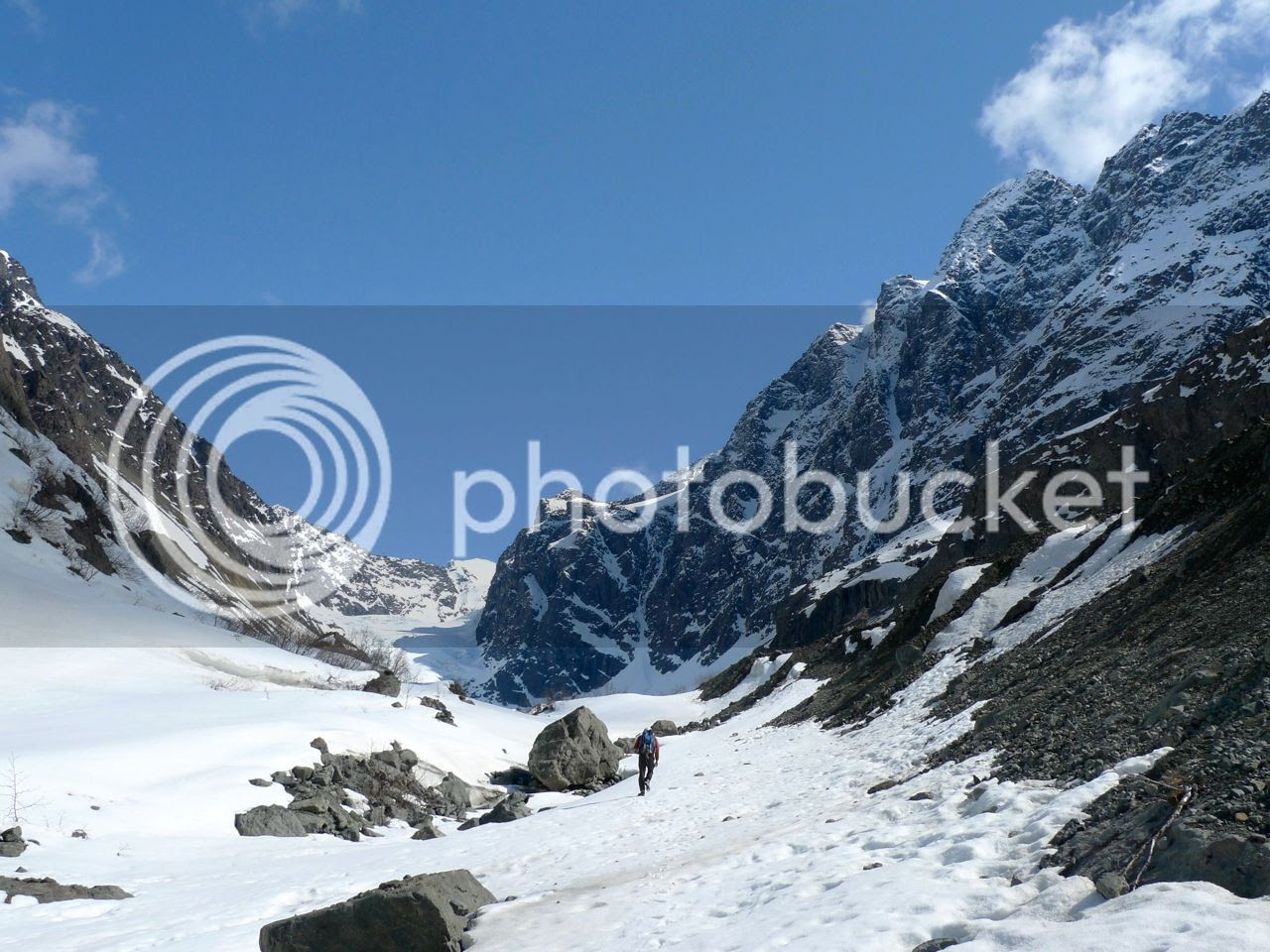 With beautiful north face routes looking prime, we headed up a talus slope from hell to get up to Kiliak's upper slopes.  This is some quality shit right here. 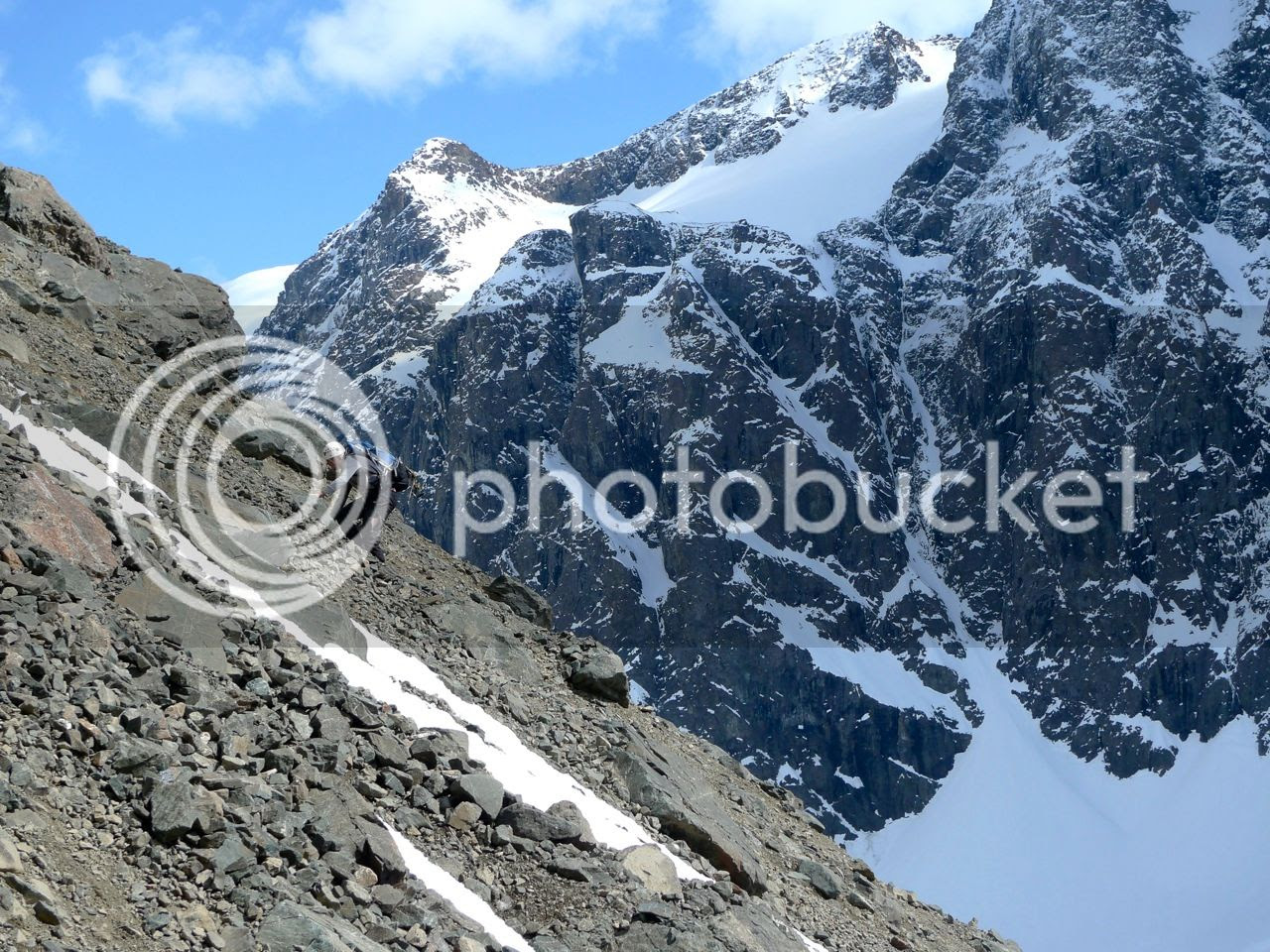 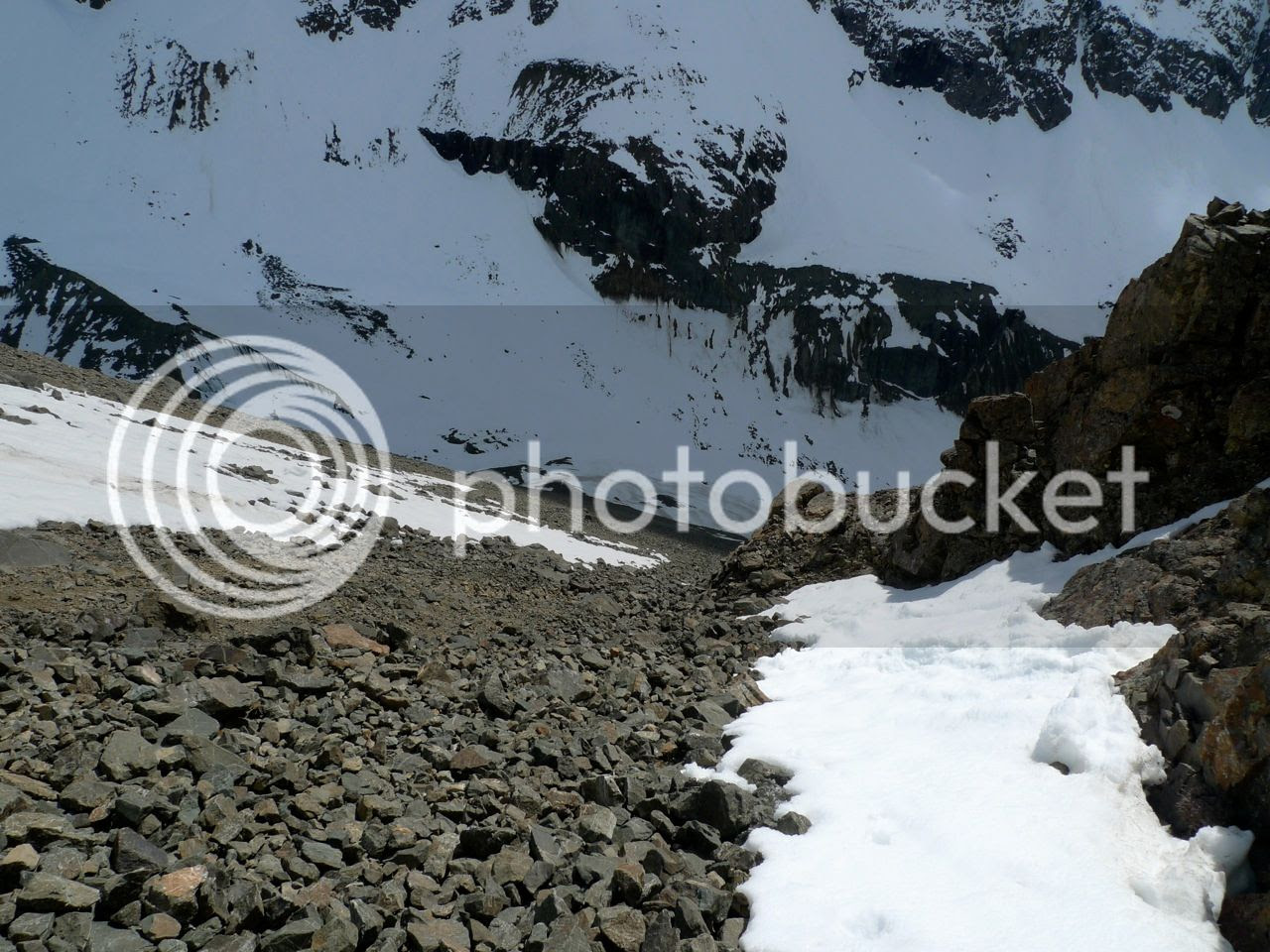 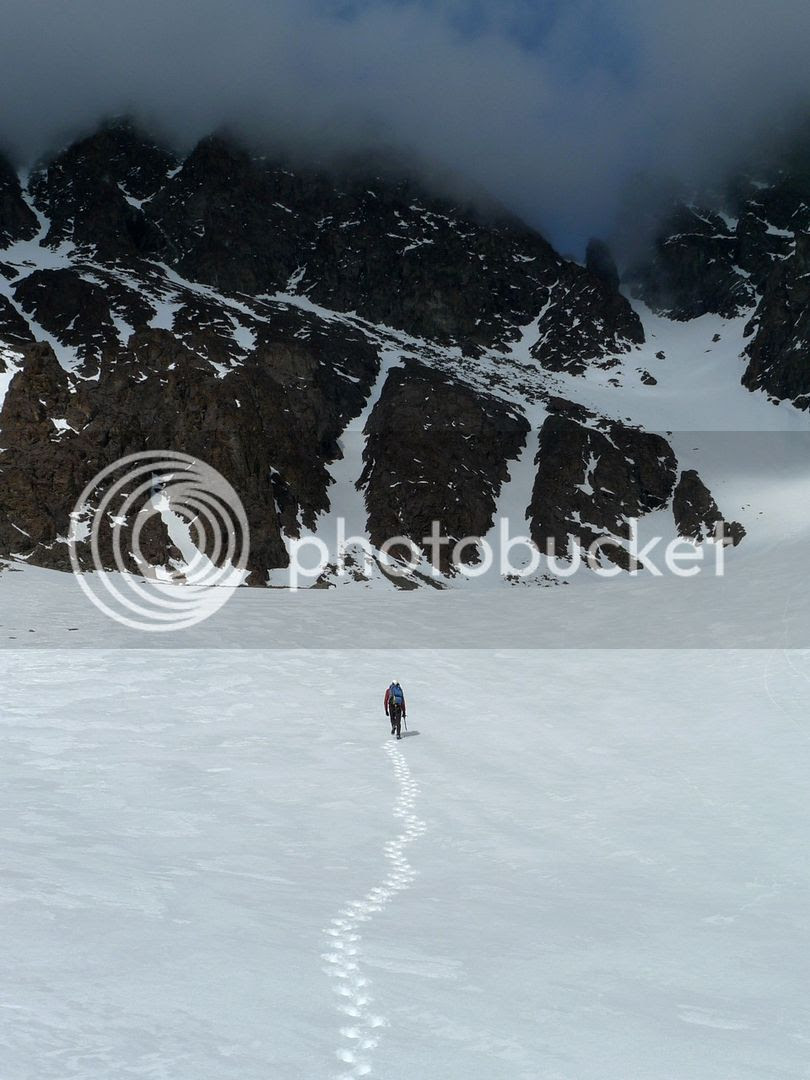 We went up the couloir in the middle then traversed far left to go up the skinny one.
The slogging was slog-a-rific, but the views sure were nice!  Polar bear, Flute and Eagle in the back. 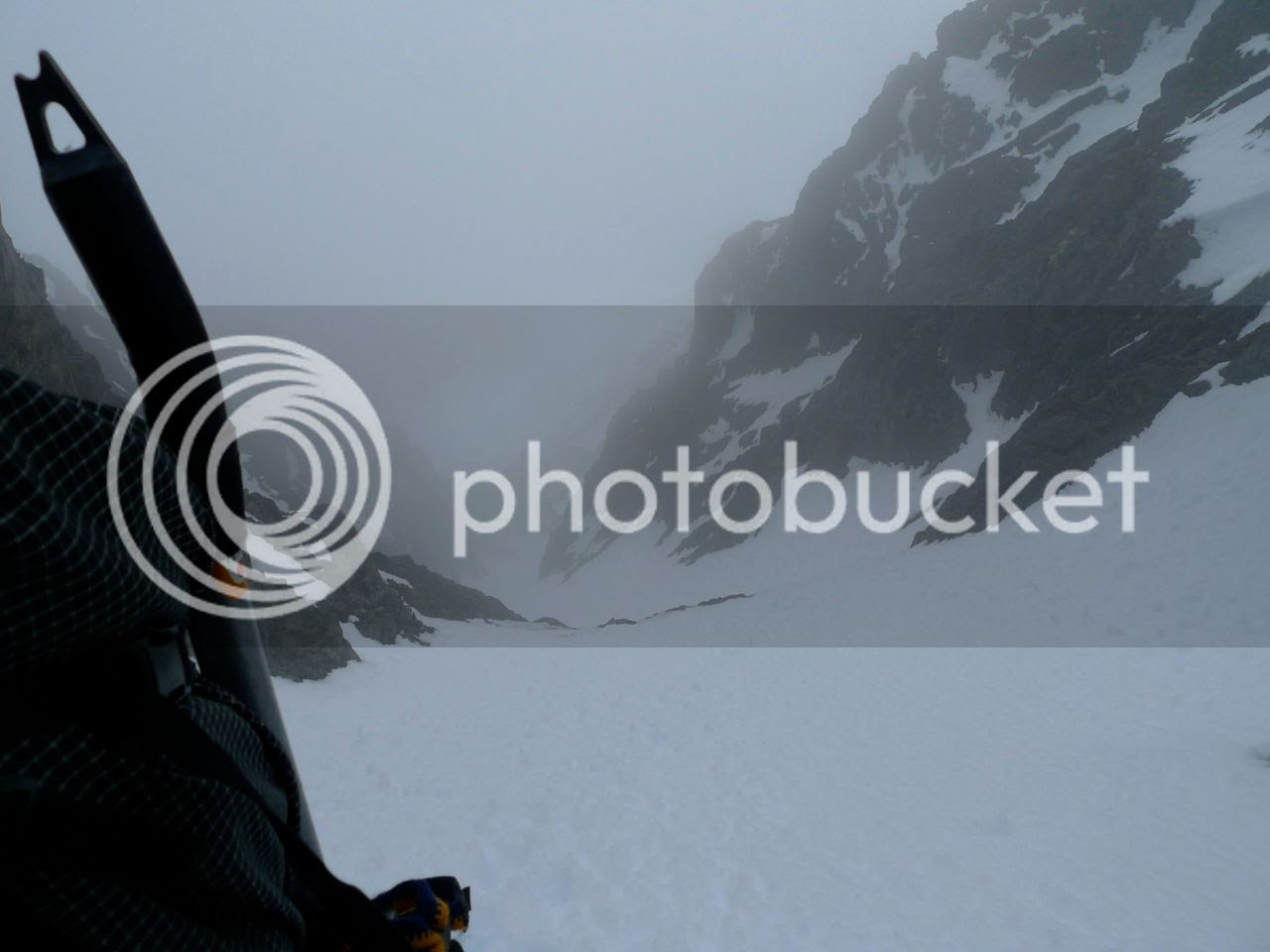 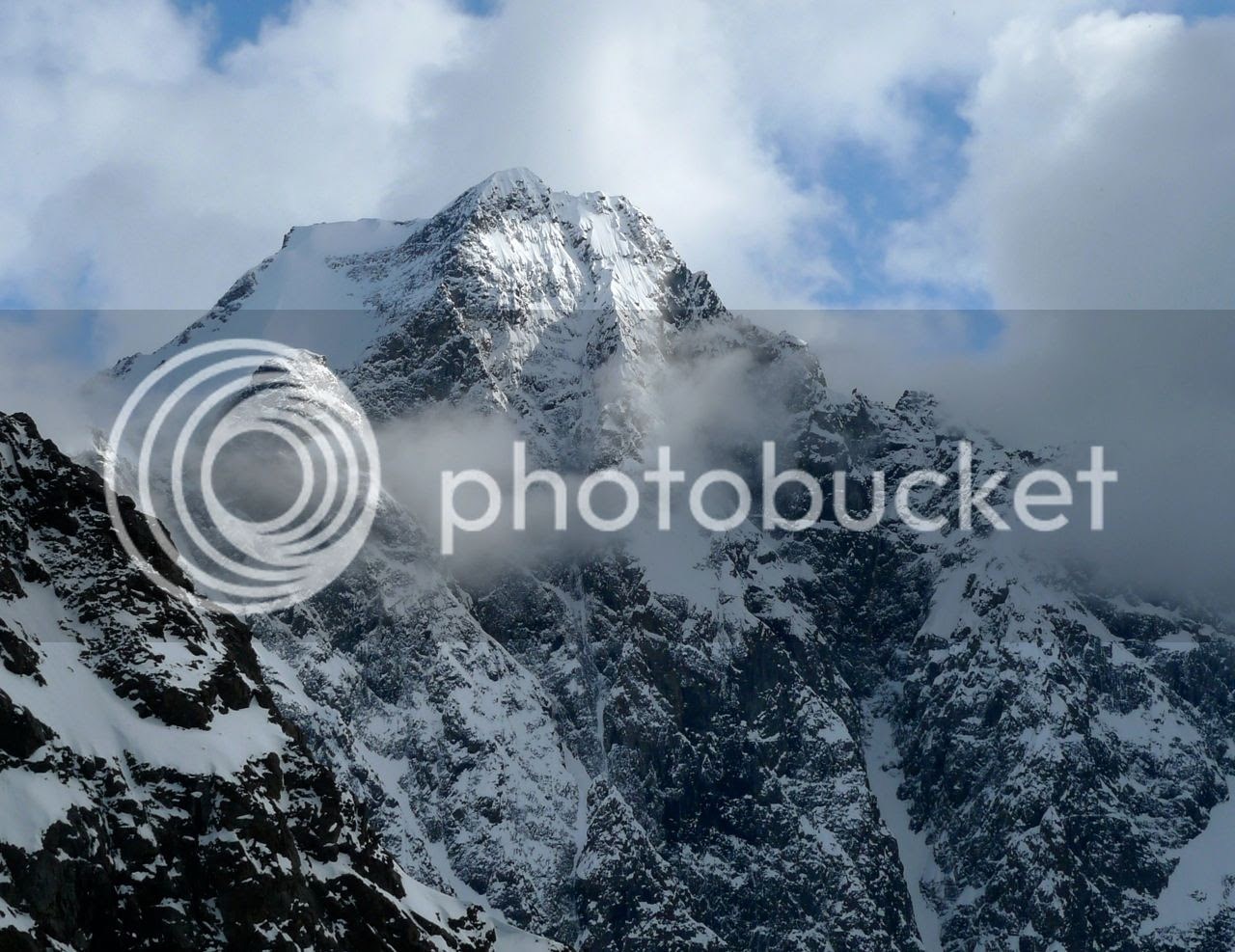 On JT's previous attempt he made it to this spot and ran into about 30' of ice. We came prepared for that, but it was pretty small this year - a thin, wet, exposed step we needed to get over. I went up it then got out das rope and hip belayed JT up. 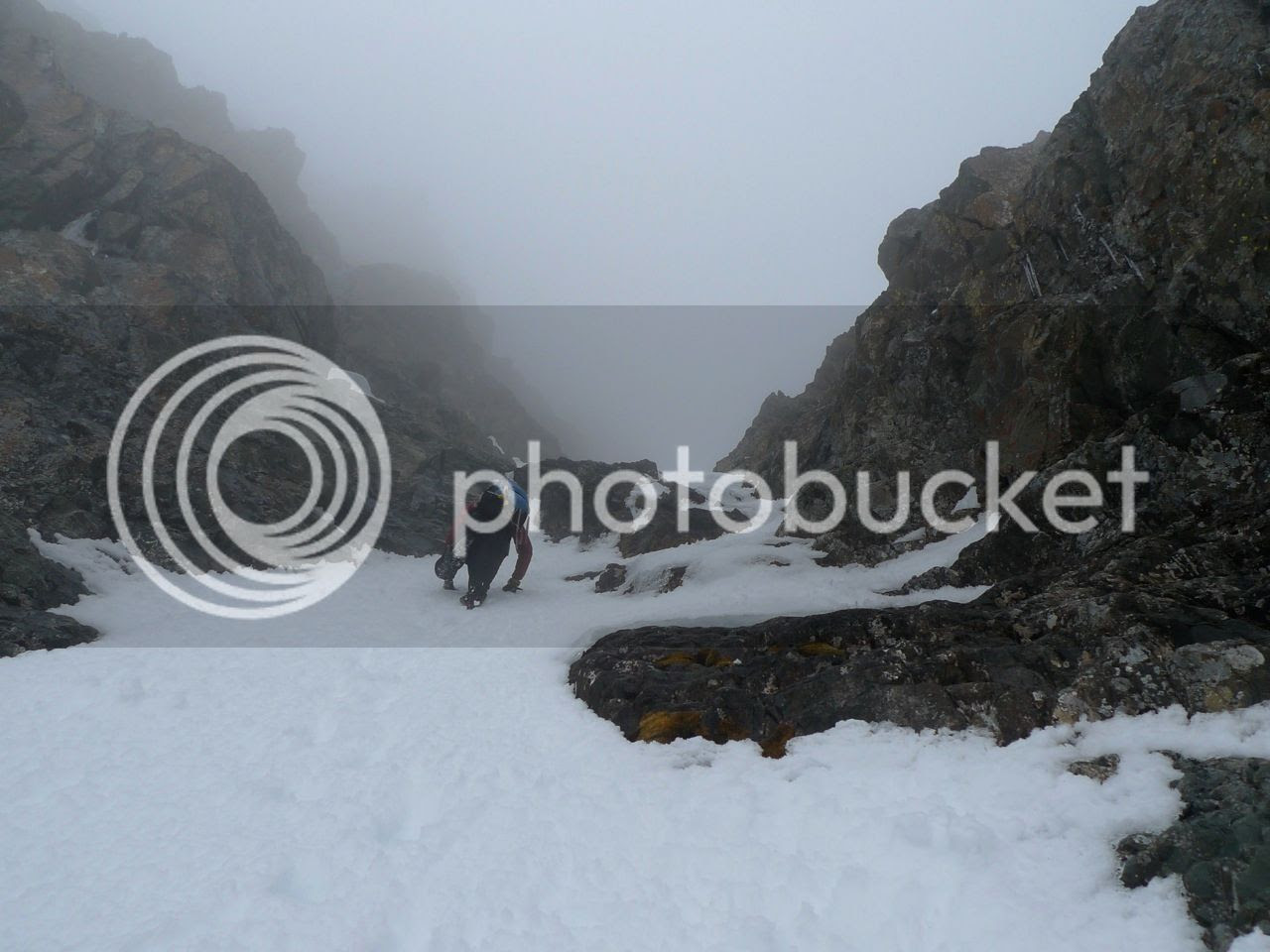 He was psyched to get past this point and continued trenching out a stair case for me. 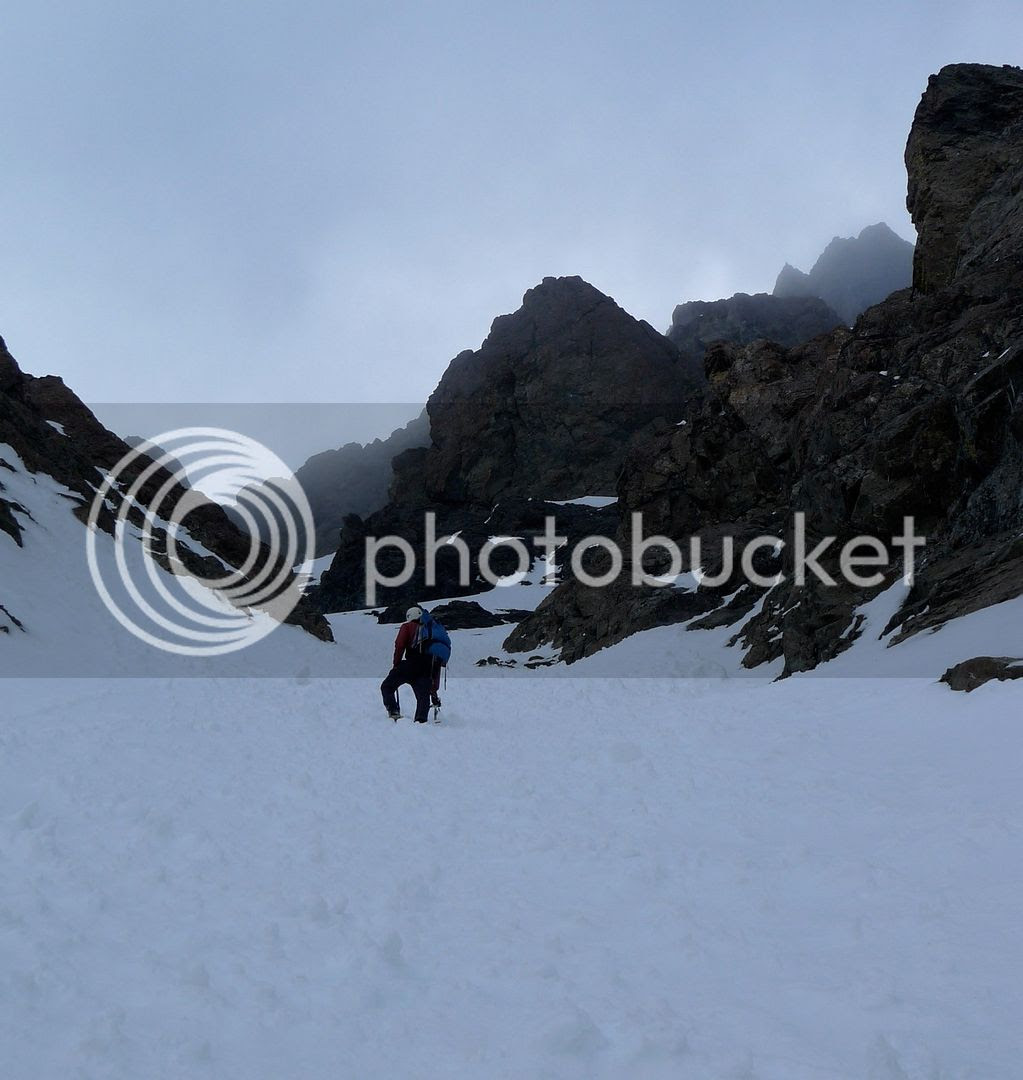 Now things got interesting, it opened up and had several choices. 2 of them got steep quick and the last went what seemed too far to the left. After poking around I went left to see what I could see, feeling not optimistic at all about it. It was late and we tired. The snow thinned out and we had to get up some rock steps. Still having no idea where the true summit actually was or where we were going, just taking the path of least resistance. 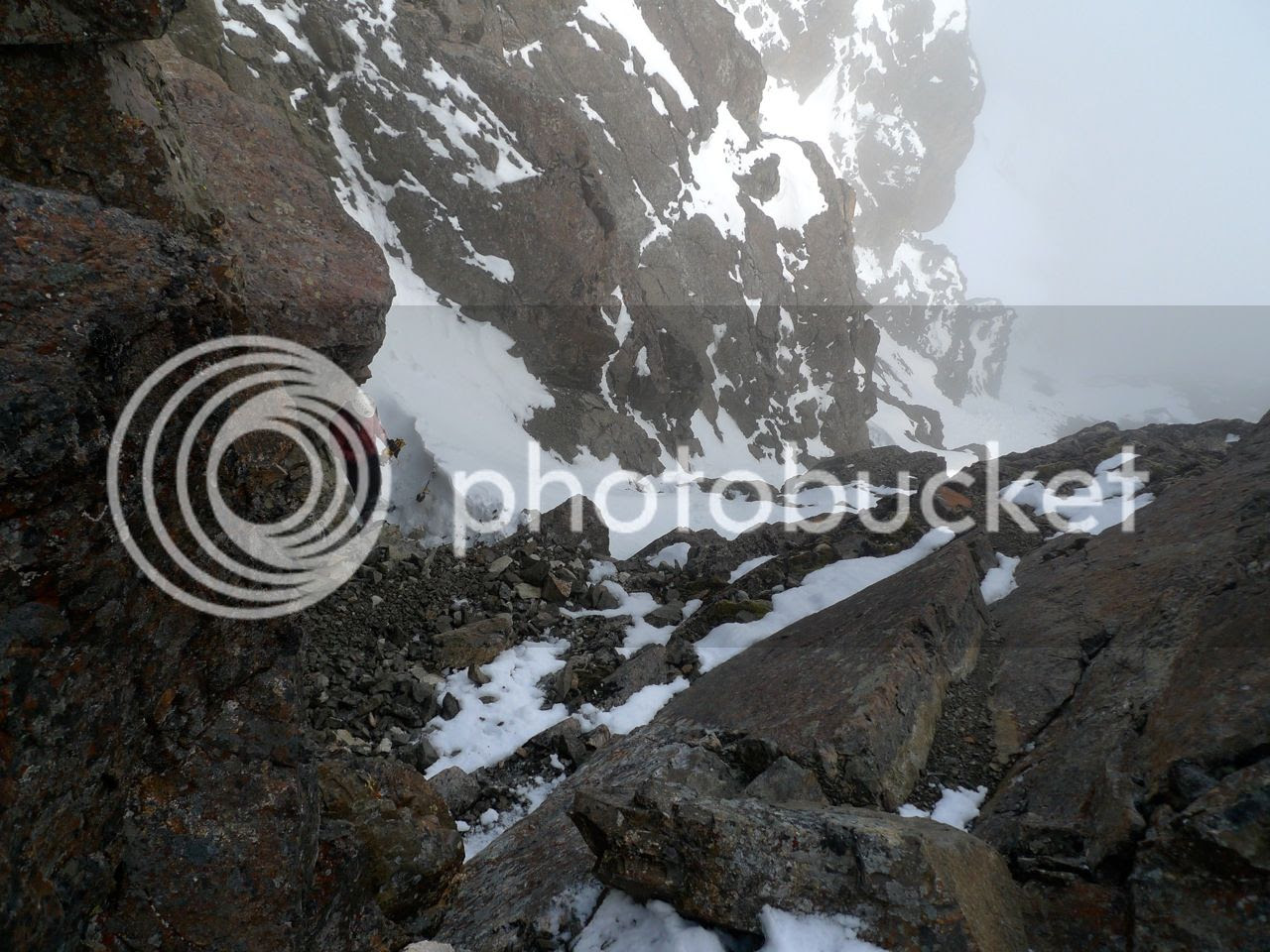 JT decided to wait while I poked around a bit more. Still feeling like we were on some ridge leading to a false summit I dropped my pack and kept moving up.. then wait.. what's that? a plateau with a small snow lip.. humm looks summit like. scramble scramble. holy shit this is it!   So heck yeah West Kiliak Summit, higher than most everything and my darn camera is in my pack below me. Drats! 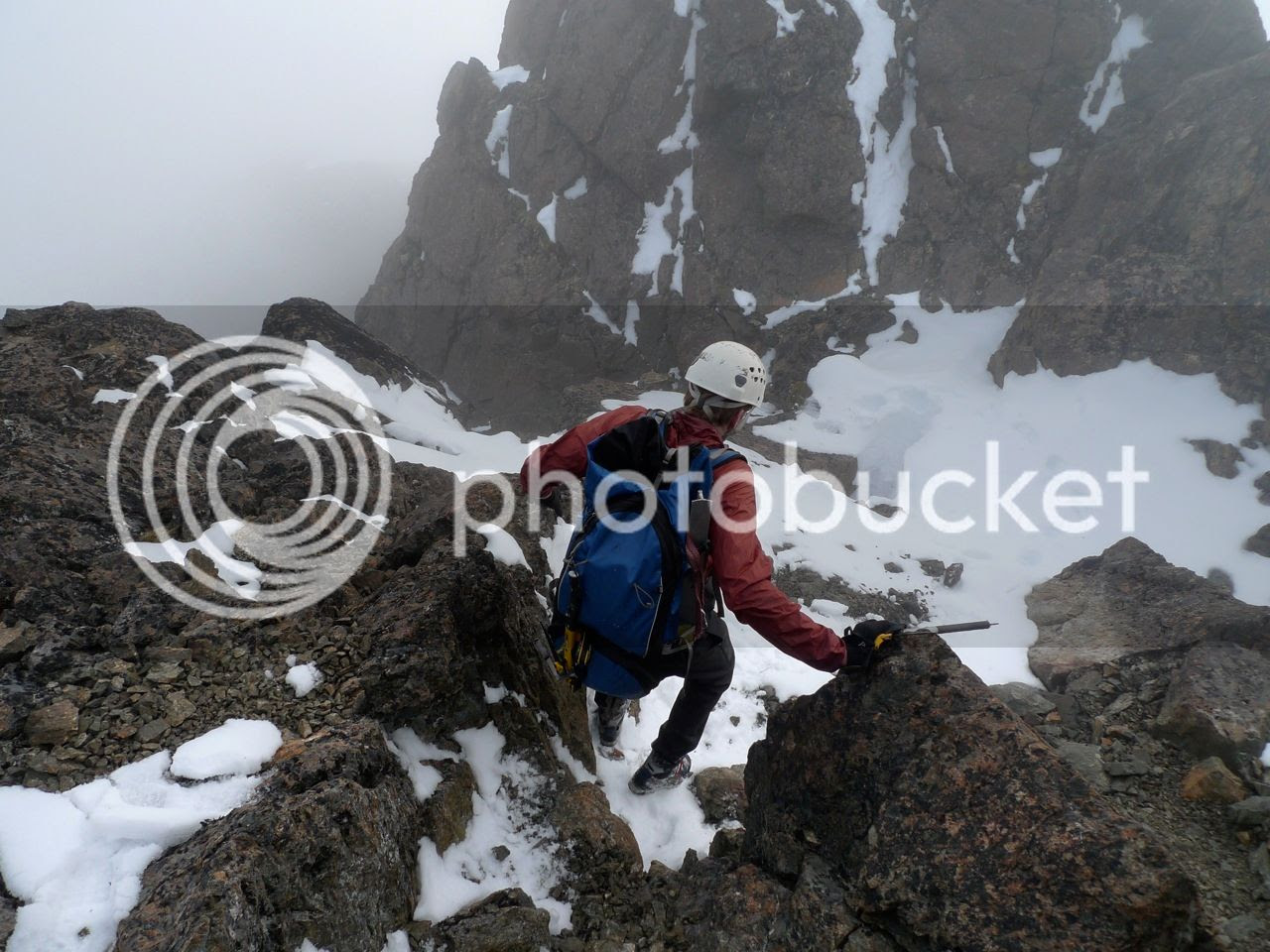 we rapped the ice step. 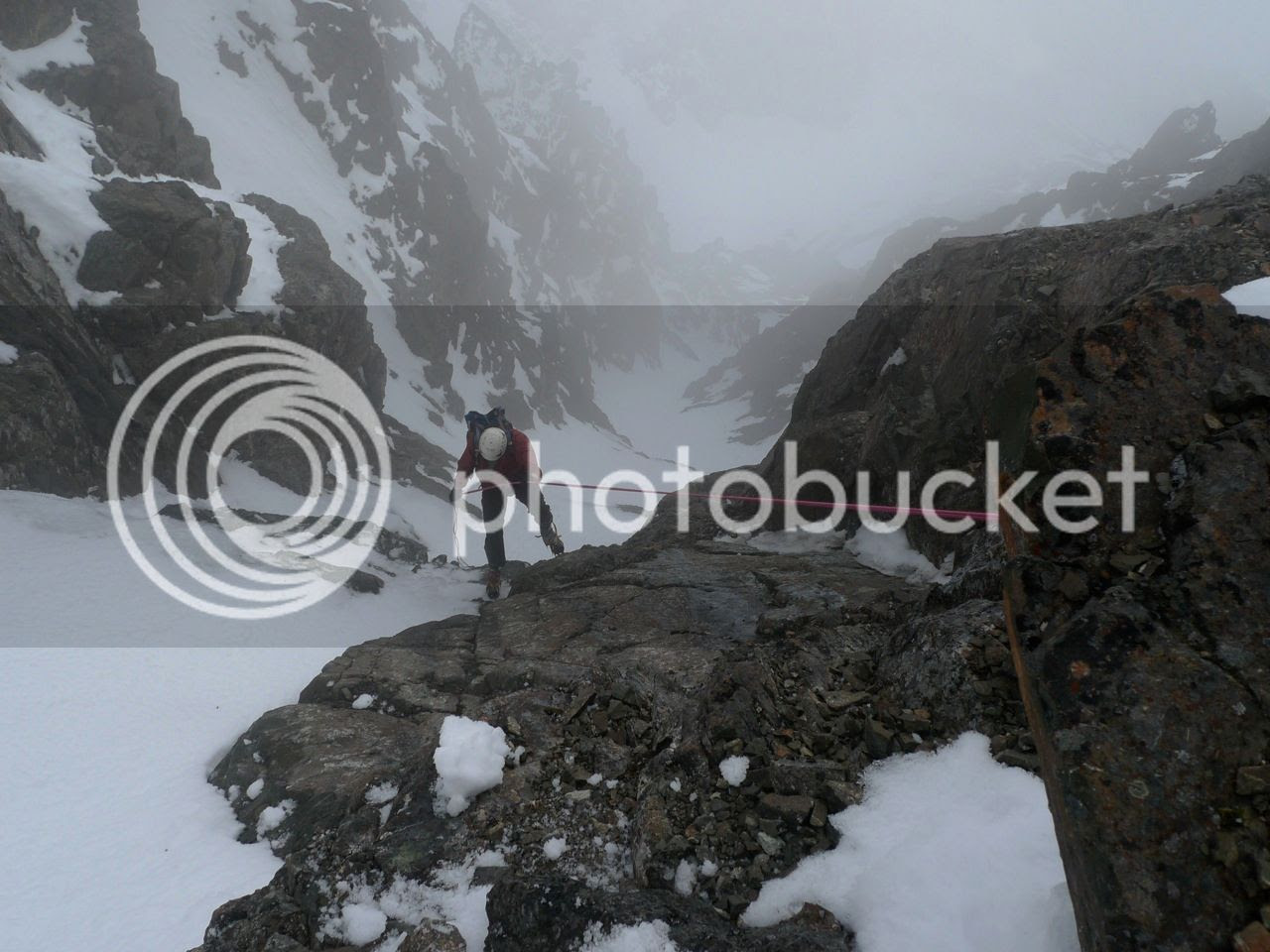 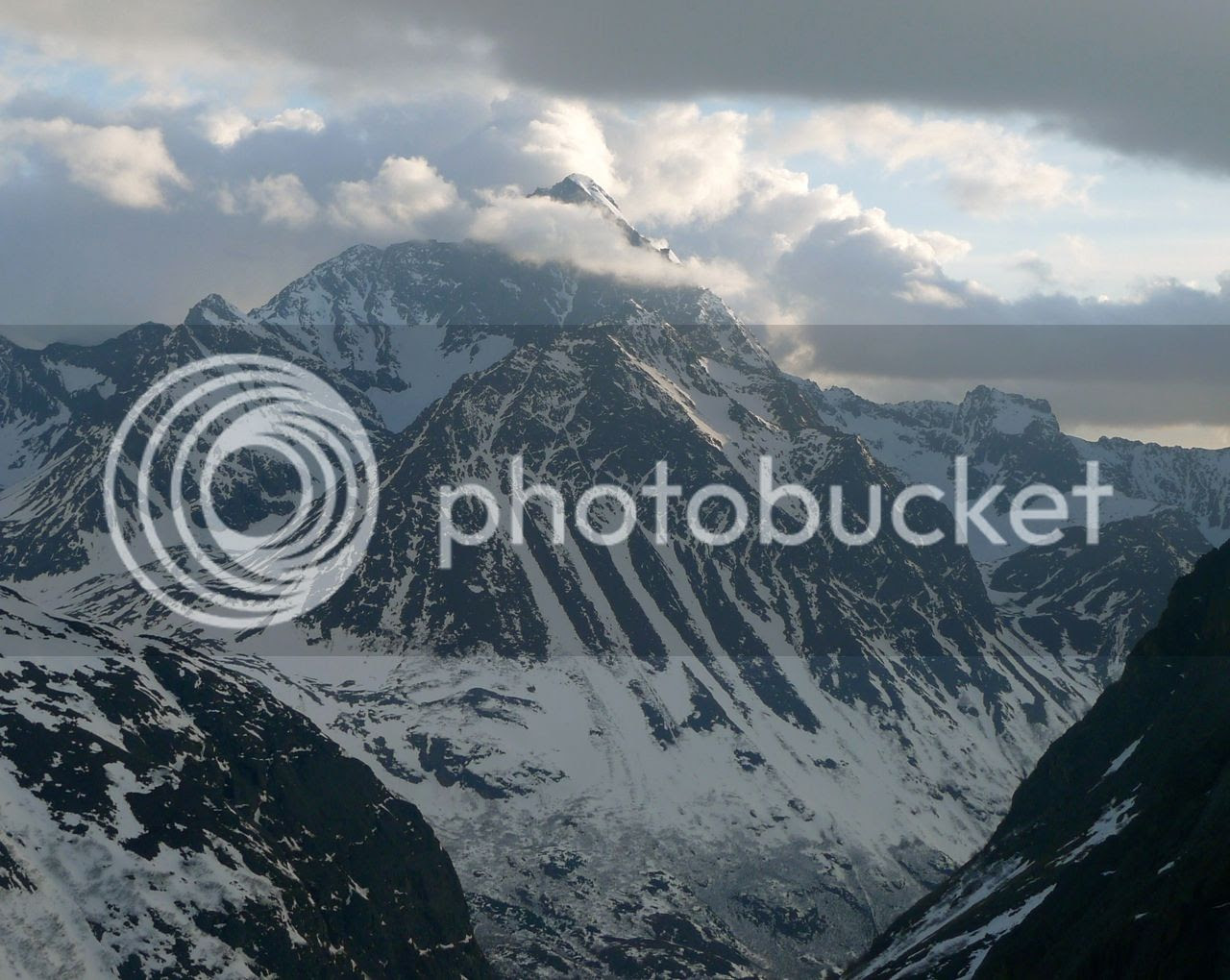 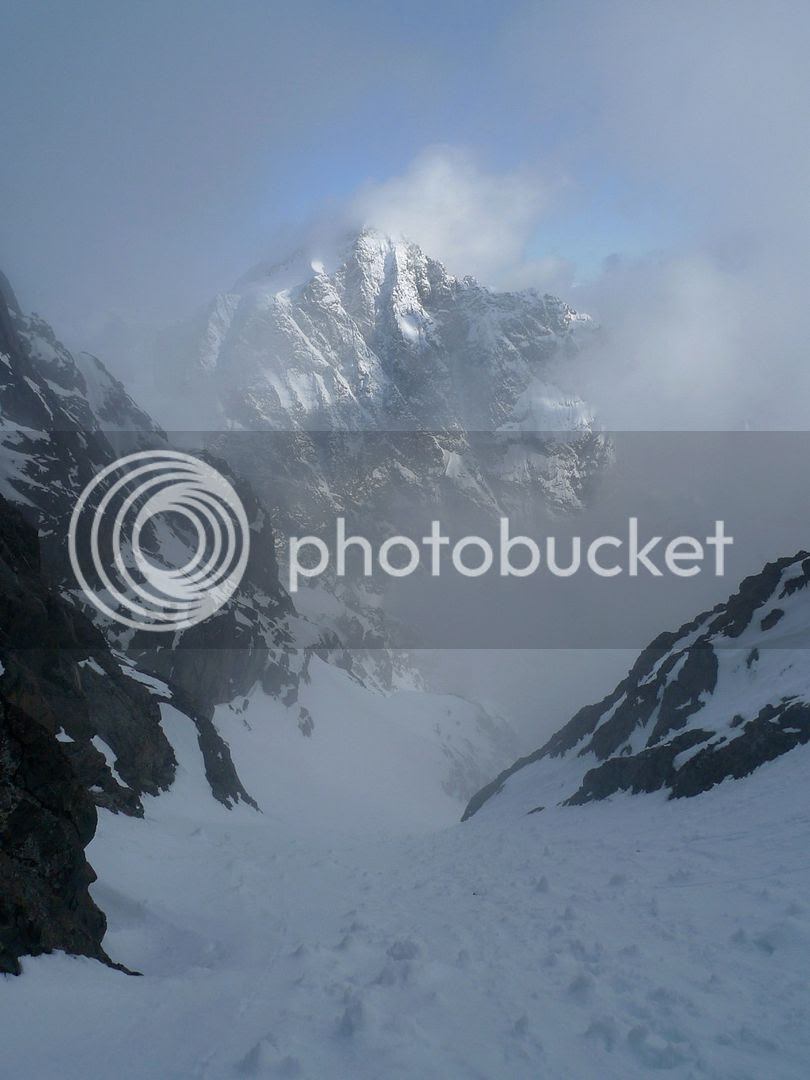 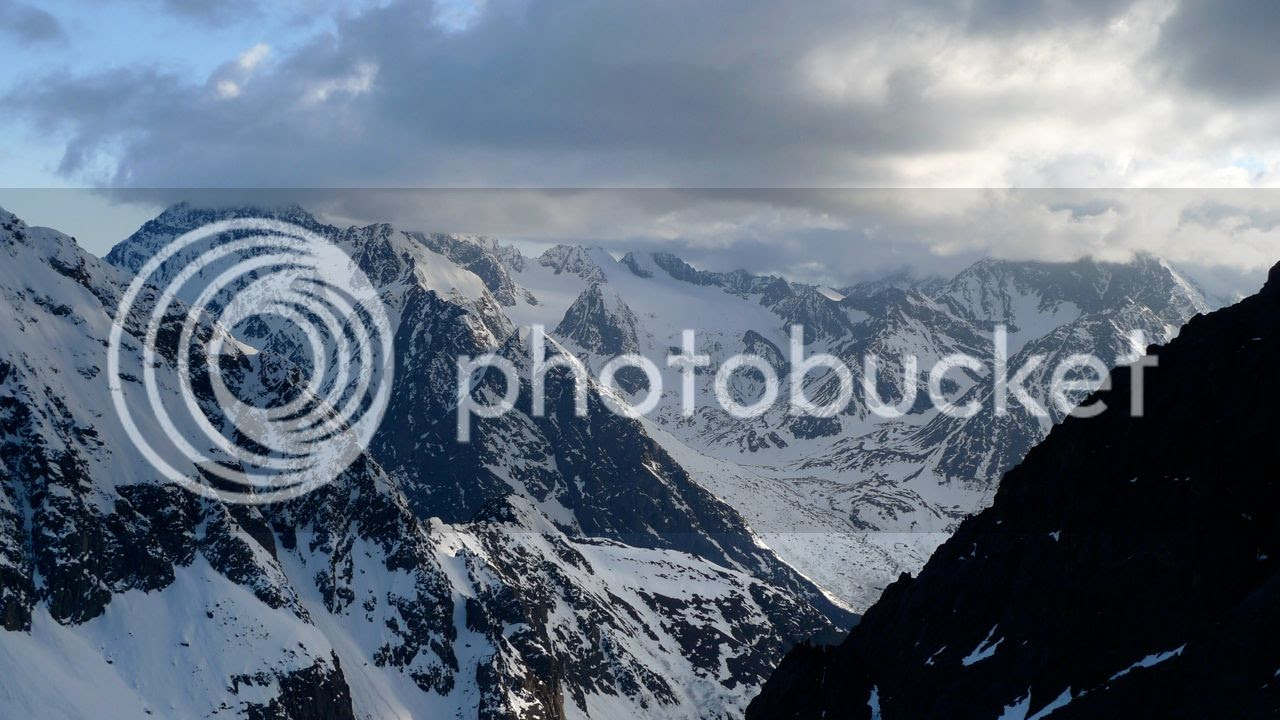 and out.. the sub optional body holing continued. 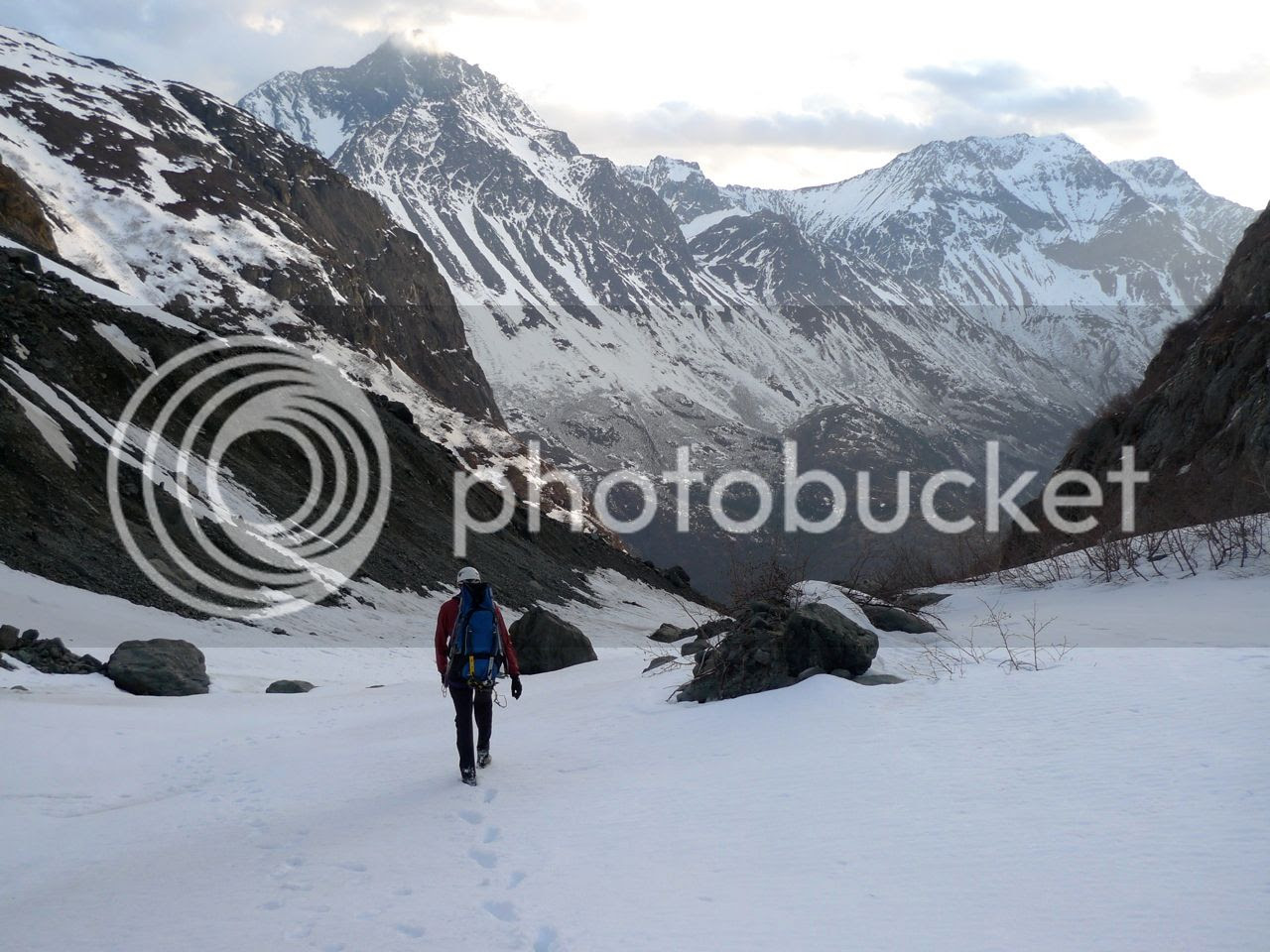 made it to the river at 10:30 for a 14 hr day. Julie and Adrienne had a fire going and I got to sleep on a punctured therma-rest with a snoring convulsing lucy dog. what a day. maximum. thanks JT!
Posted by Eric at 10:57 PM

Super sweet! You guys get after the coolest stuff. "The Peak of Many Slogs." Too bad you weren't around in the '60s to name all these mountains. Speaking of, whose idea was it to name all the big ones Baleful, Bashful, Boisterous and Dopey? Seriously strange.