Like I said earlier, cant go a week without doing something in Eagle River! 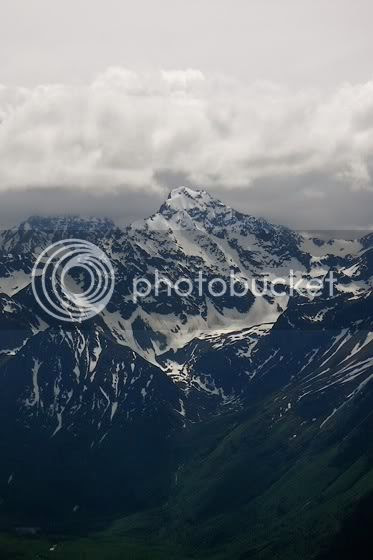 Joined in last minute - a climb of the imposing and intimidating North face of Eagle peak. It boldly stares at you whenever you visit the valley...
Billy, Yvonne, Dan, Bryce and I headed out at 6:00 am stashing a second car at the south side of the south fork valley just in case we needed to descend the back side. More on that later. Ropes, bivy gear and alot of food for a big day. After the river crossing we started the thrash through devils club, alders and the stream bed to get up to the hanging valley: 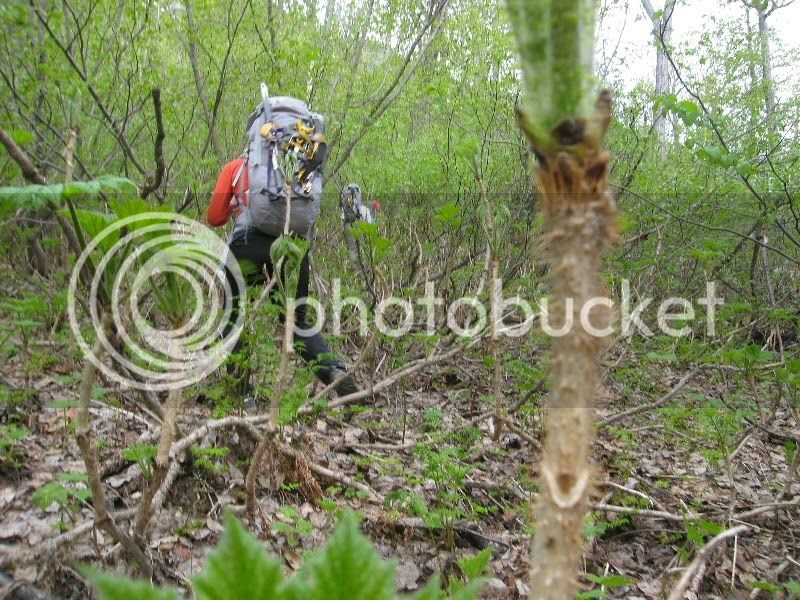 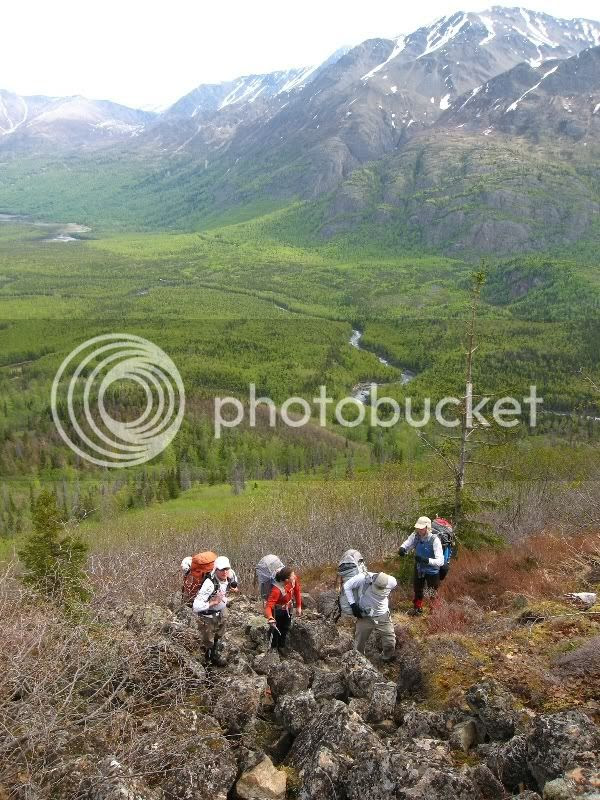 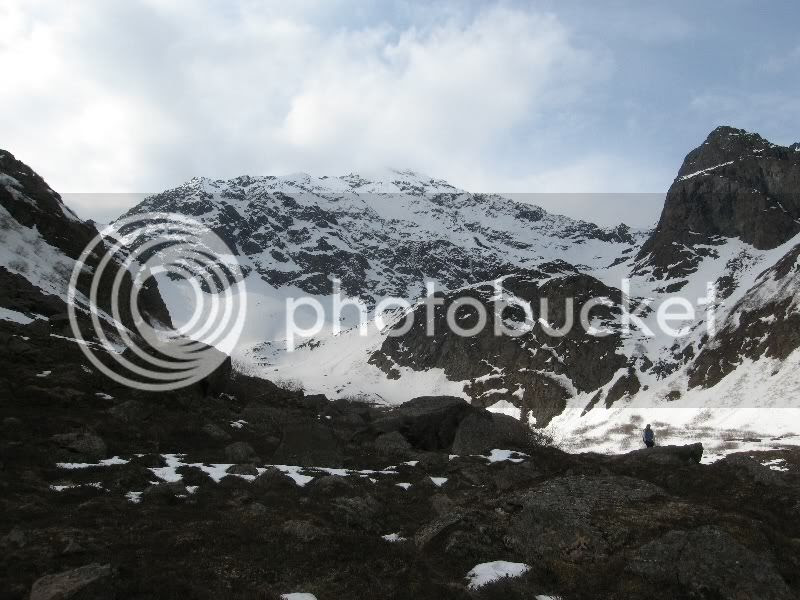 Getting higher, snow conditions were good, almost didnt need crampons.. about halfway up the couloir with the steep notch above... 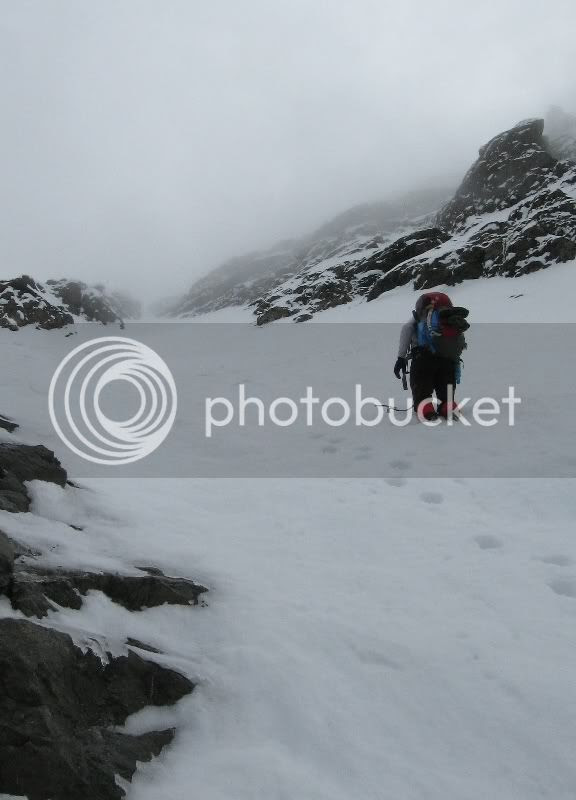 at the notch, getting steep: 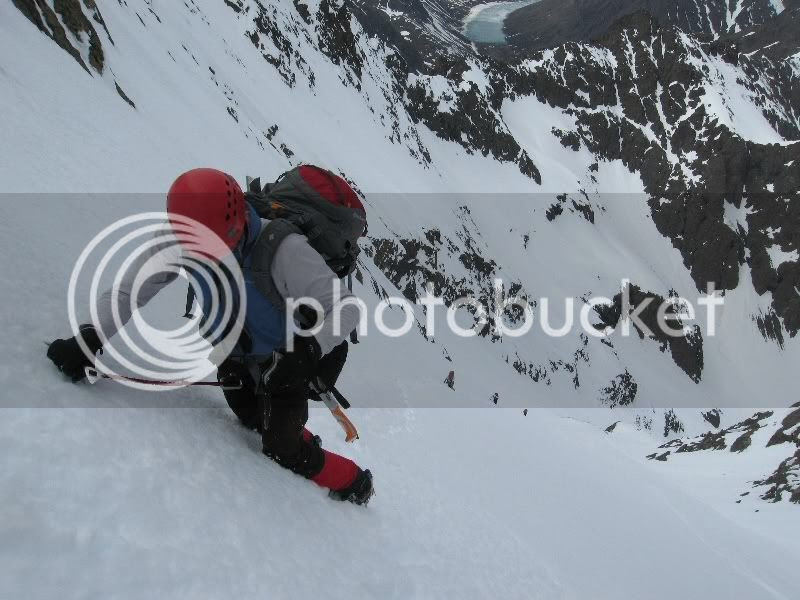 The Coulor topped out at a very exposed corniced perch, after probing around a bit we found that it could accomidate a good lunch break. We were all stoked at how good the weather and conditions were. Above the perch was the summit snow pyramid, Dan was on fire all day and fired up the thing breaking a nice bootpack for the rest of us. 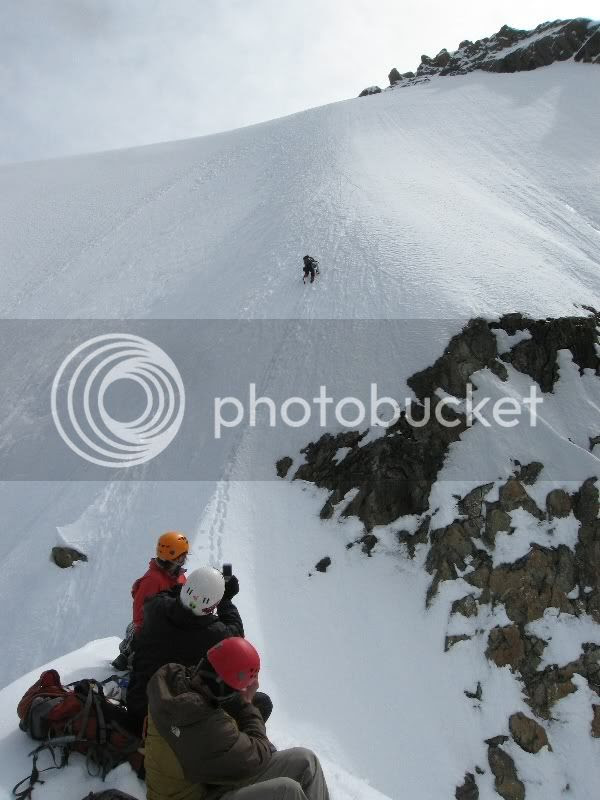 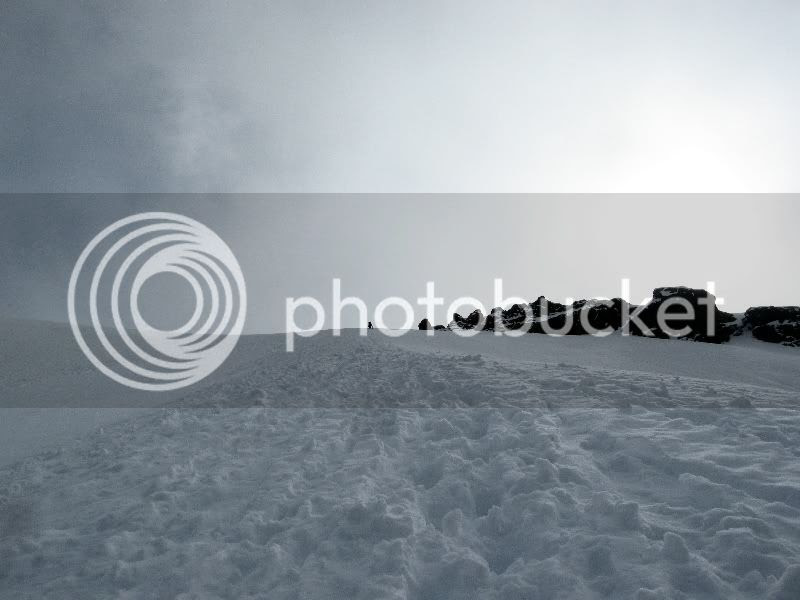 through the rock bands... 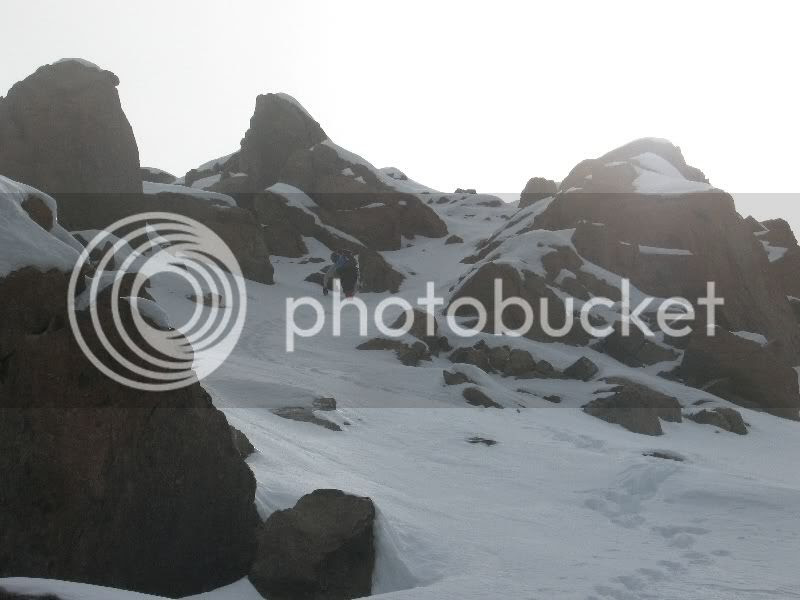 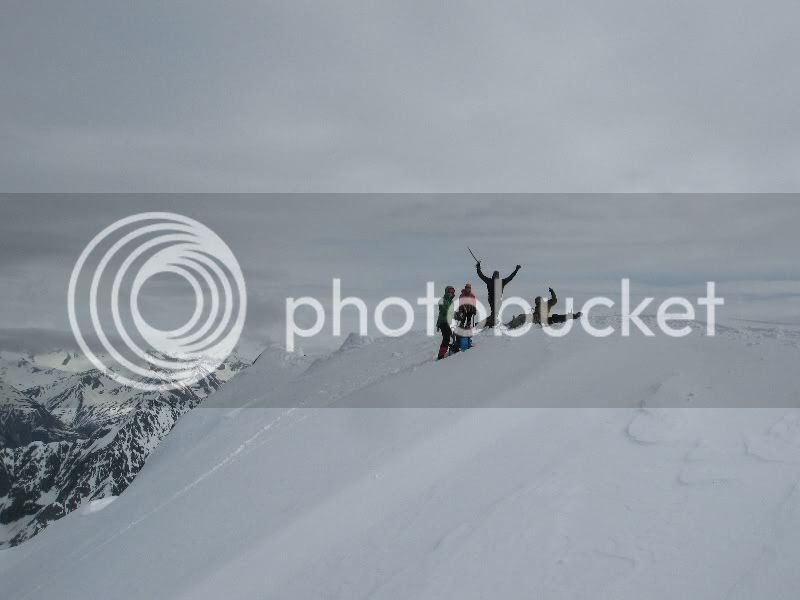 We were psyched, it was 4:00 pm.. humm do we descend the side we just came up, or traverse out the south side since we already have a car there?? being a veteran of recent south fork death marches, I was inclined to go back down the N. face, but he sound of traversing the entire mountain was too enticing to pass up along with the rotten south facing snow, and miles of slogging. Down we went... all the usual friends came out to play, like Kokohusk 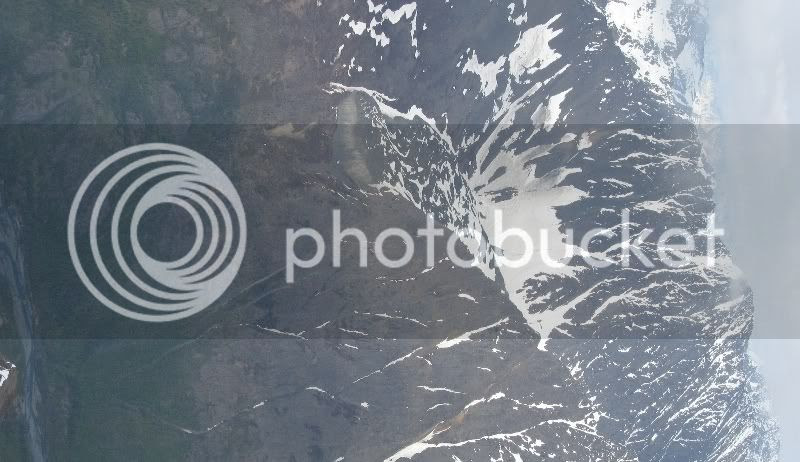 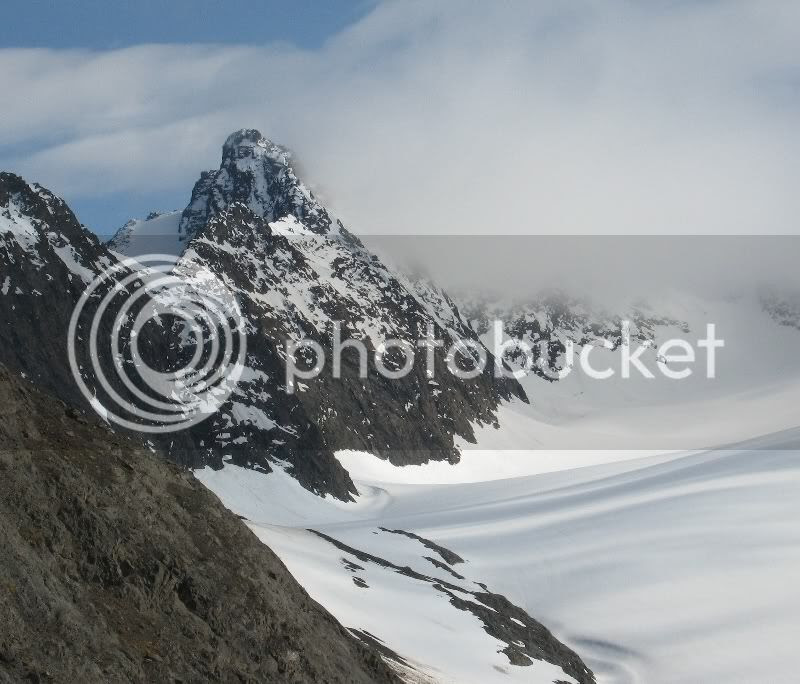 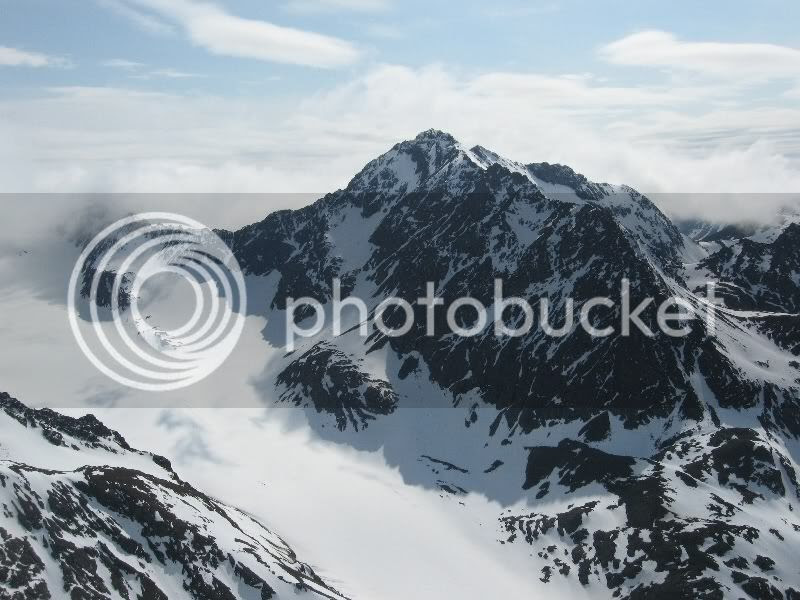 Down down.. no furry wildlife sightings... darn 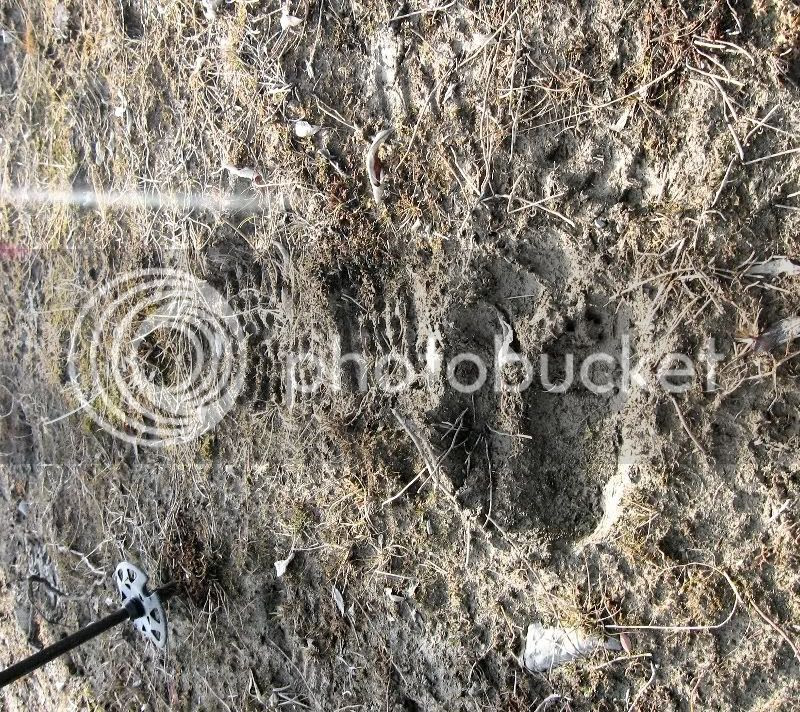 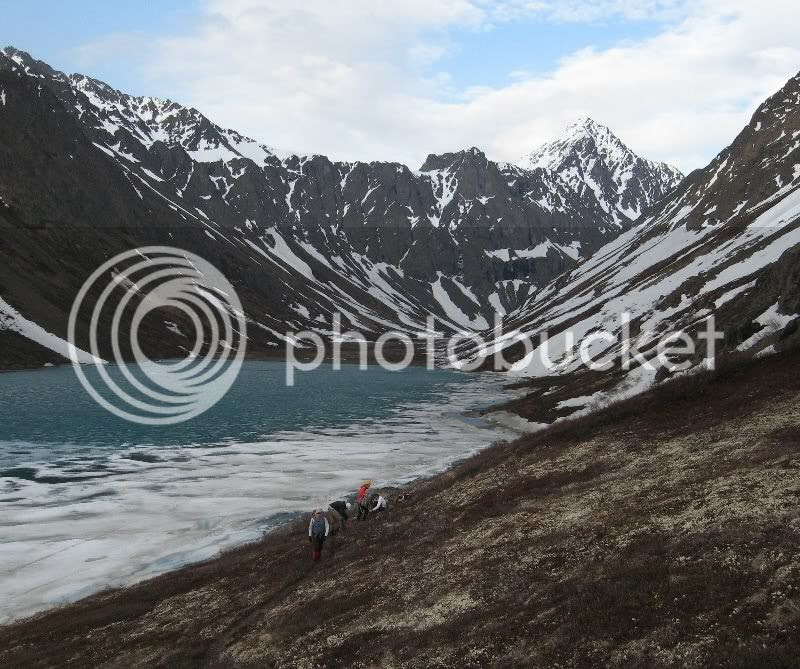 Untitled from Eric Parsons on Vimeo.
Posted by Eric at 4:41 PM

Parsons: glad to see you still have time for outdoors. How goes the stitchery business? Saw this link on Boccia's blog: Meltzer